Many protesters have been pushing for monuments in various cities to be removed, mainly because they are tied to racist figures who dealt with the slave trade of Africans in many countries.

Now, the chairman of the Cheyenne River Sioux Tribe is pushing for the removal of Mount Rushmore, saying the monument is carved out in sacred native land. The CRST chairman—Harold Frazier issued a statement on the matter, saying, “Nothing stands as a greater reminder to the Great Sioux Nation of a country that cannot keep a promise of treaty then the faces carved into our sacred land on what the United States calls Mount Rushmore.” Frazier continued saying:

“The United States of America wishes for all of us to be citizens and a family of their republic yet when they get bored of looking at those faces we are left looking at our molesters.”

Previously, Oglala Sioux President Julian Bear Runner spoke on Mount Rushmore, saying it is “ a great sign of disrespect.” The Oglala Sioux Tribe and the Cheyenne River Sioux Tribe are a part of the Great Sioux Nation. Frazier’s statement went directly at the value of the monument, saying, “We are now being forced to witness the lashing of our land with pomp, arrogance, and fire, hoping our sacred lands survive. This brand on our flesh needs to be removed, and I am willing to do it free of charge to the United States, by myself if I must.” 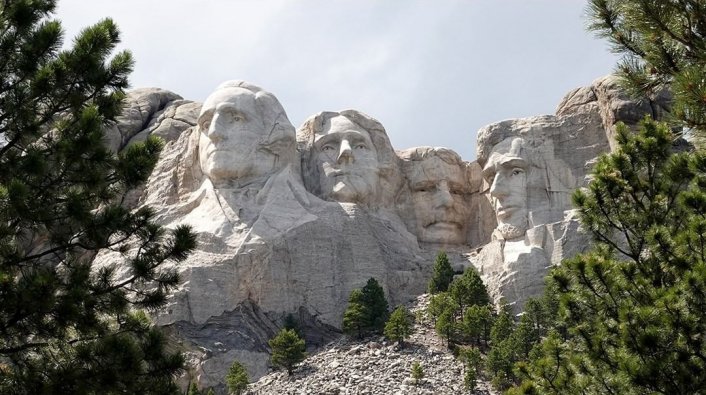