Jay-Z, Kanye, and Diddy topped the list with a combined $800 million made between them for the year. One name on the list that surprised some was  Strange Music boss Tech N9ne. The Kansas City native tied with Doja Cat and Cash Money CEO Birdman for the last three spots on the list, with each making a reported $25 million for the year. Greenburg reported that Tech N9ne made the list after “a previously unreported digital-only catalog deal that added eight figures to his DIY fortune.”

His reaction differed from Drake, who left a laughing emoji in the comments of an Instagram post featuring the list, which listed the Toronto superstar as pulling in $50 million in 2021. Many believe Drake’s response meant that he thought the figure was far too low in comparison to what he really made. 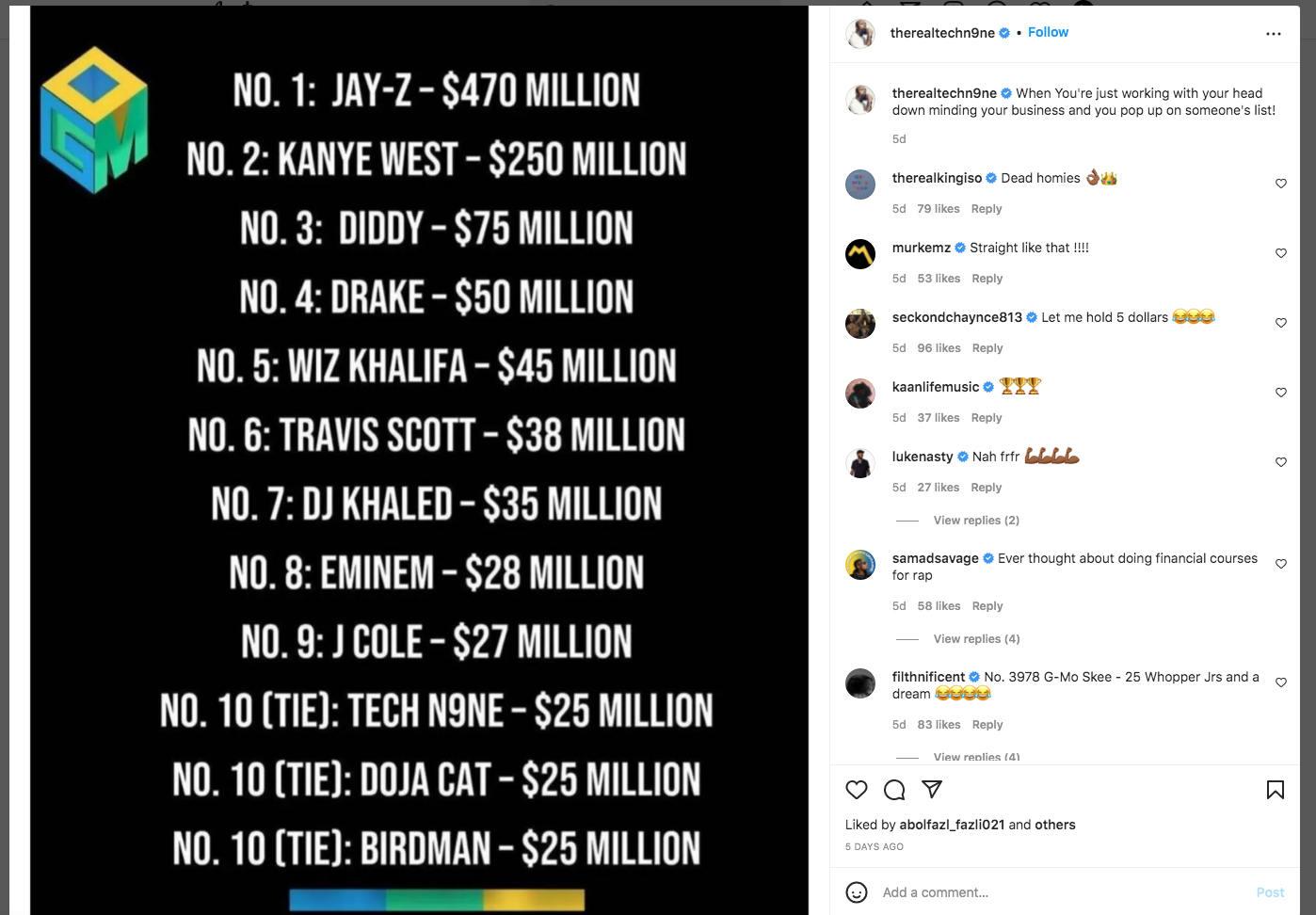