According to Deadline, Netflix has won a bidding war for a documentary executive produced by RocNation, directed and co-produced by Ava Duvernay alongside Marathon Films about the life of the late Nipsey Hussle.

Amazon and Apple were reportedly in the mix for the rights to the film as well. But those close to Nipsey, including one of his best friends J Stone, and his sister Samantha, both posted on social media that a final deal has not yet been inked despite reports to the contrary. 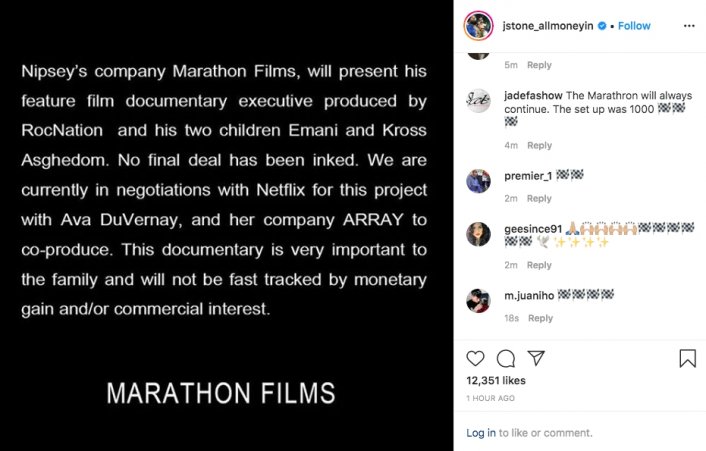 Nevertheless, the Duvernay directed documentary will be the director’s return to the genre since the release of the critically acclaimed documentary, 13th. According to The Hollywood Reporter, Nipsey’s team reached out to Duvernay to over direct and co-produce the film after being longtime admirers of her work. There was also mutual respect between Nip and Ava, as the latter invited the late rapper to speak on a panel about the detrimental effects of for-profit prisons on inner-city communities.