Since the passing of 2Pac, his poetry has resonated with a multitude of generations that followed. So much so that highly regarded college institutions UC Berkley and Harvard have created curriculum solely based on his writings.

Some of the late rapper’s most notable entries into the urban world of literature were his letters to Jada Pickett Smith and Madonna during the ’90s. Both of which were published and made available for purchase after Tupac’s murder in 1996. But nevertheless, Jada and Madonna were not the only women for whom he expressed his affinity in the form of an open letter. Now, there’s a new love letter on the open market and it’s being auctioned off for a whopping $95,000. The sale is being commissioned by a company called A Moment In Time. The reason why these autograph dealers have valued 2Pac’s love letter at such a high price is because it is believed to have been the inspiration behind “All Eyez on Me.”

The iconic west coast rap album that ignited Tupac’s legendary tenure with Death Row Records. The poem was written just two months before the release of the classic LP. And it was originally presented as a love letter by 2Pac to an ex-lover nicknamed Simi. 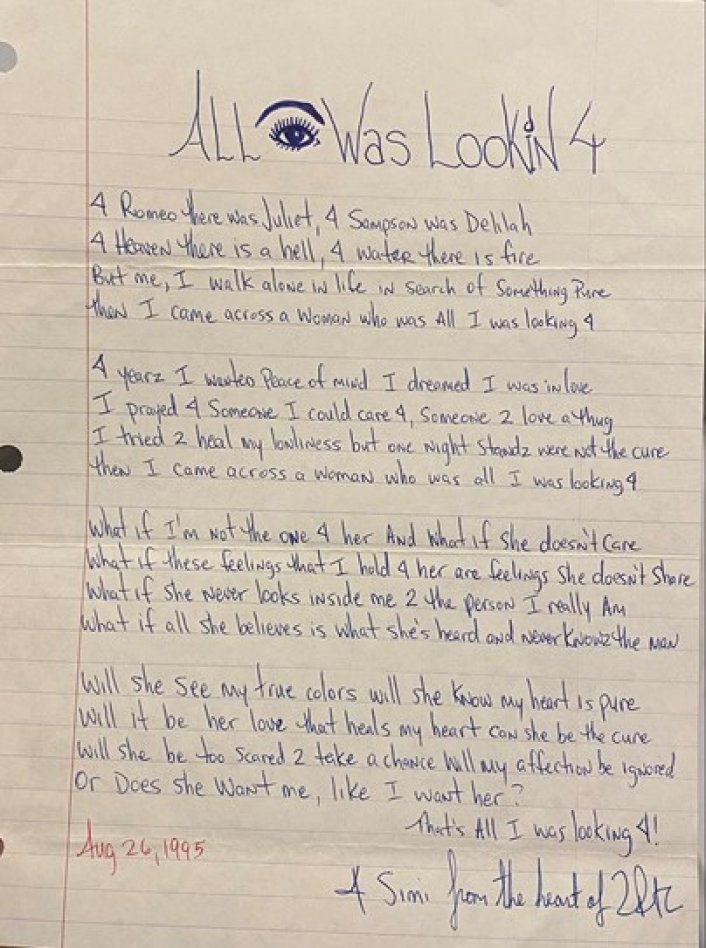