Trippie Redd took to Instagram to reveal that he signed a $30 million deal with Elliot Grainge’s 10K Projects.

In the post, Trippie wrote, “Just signed to @elliot for 30million. Now it’s time to start dropping ALLTY5 Songs.” Trippie is referring to his upcoming album, A Love Letter To You 5. When commenters began questioning details about the deal and asking if he was stuck in a bad contract for the next 10 years, Trippie revealed that the deal is for 3 albums over the next 3 years. 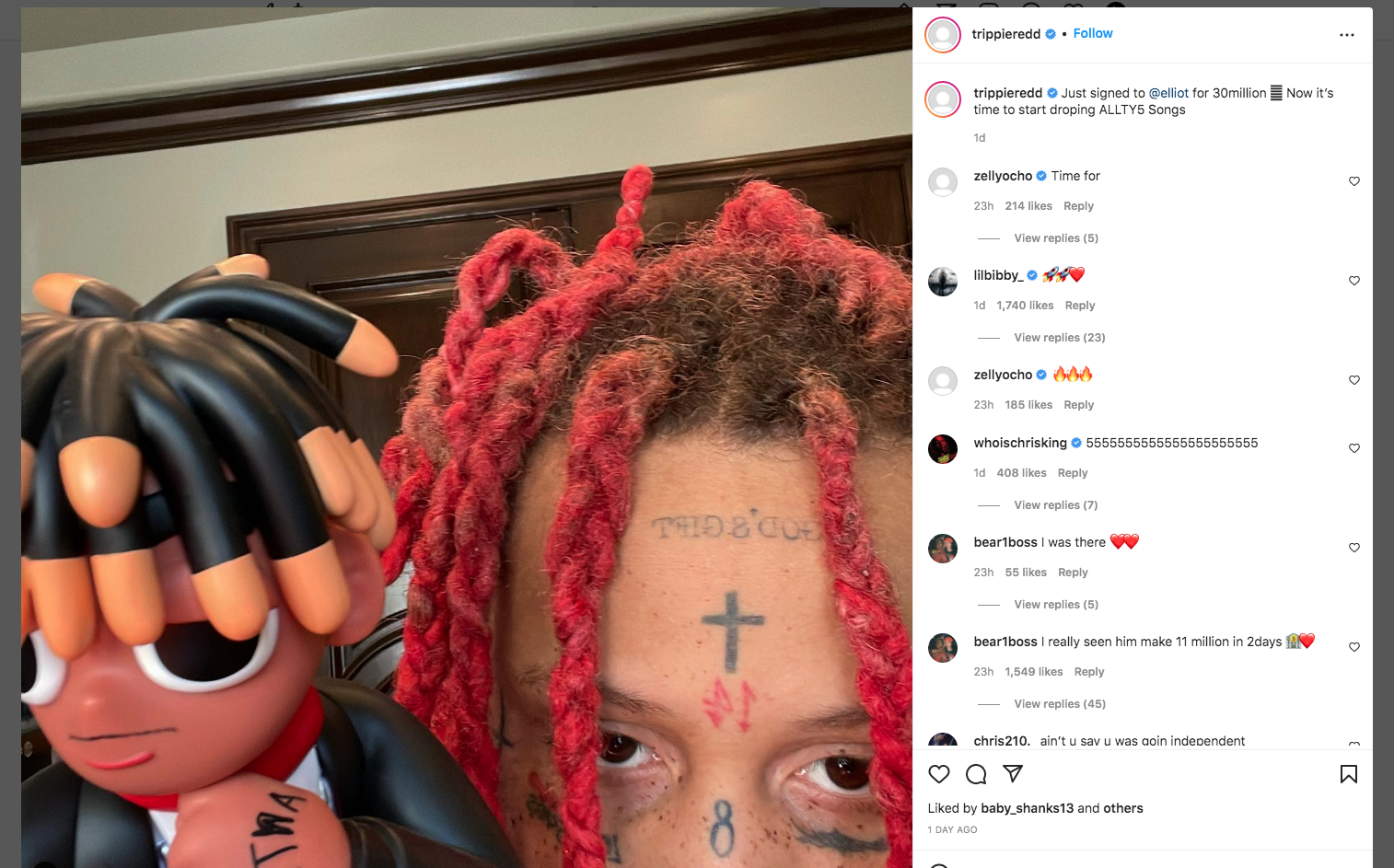 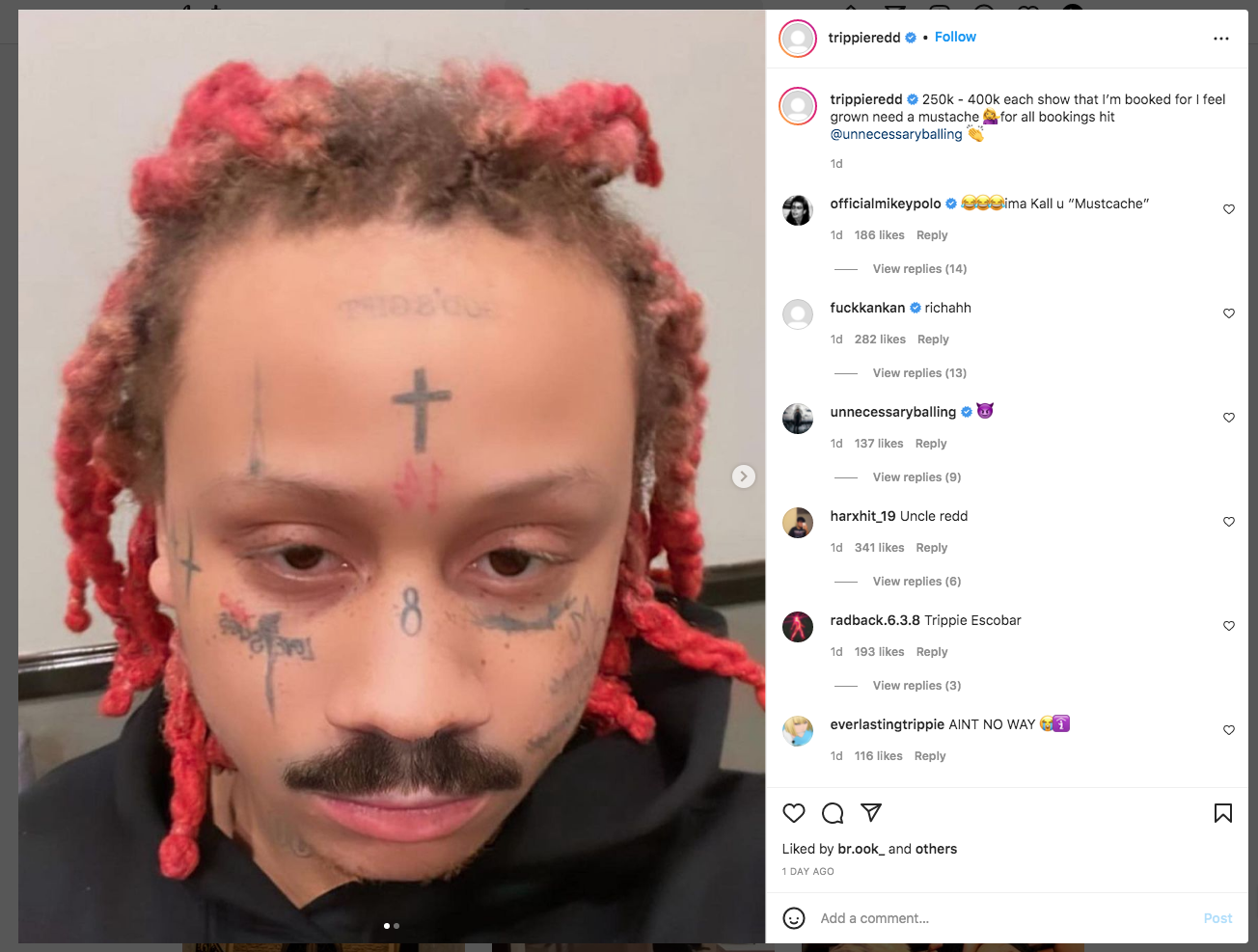