For the next installment of Verzuz, two legendary hip-hop groups will take the stage to go hit-for-hit.

Memphis-based legends Three 6 Mafia will go up against the equally regarded Ohio-based group Bone Thugs-N-Harmony. The battle is finally set after rumors began circulating about a potential match-up between the two groups over a year ago. But after much negotiation, the groups were able to come to an agreement that will see them battle it out in Los Angeles on December 2. 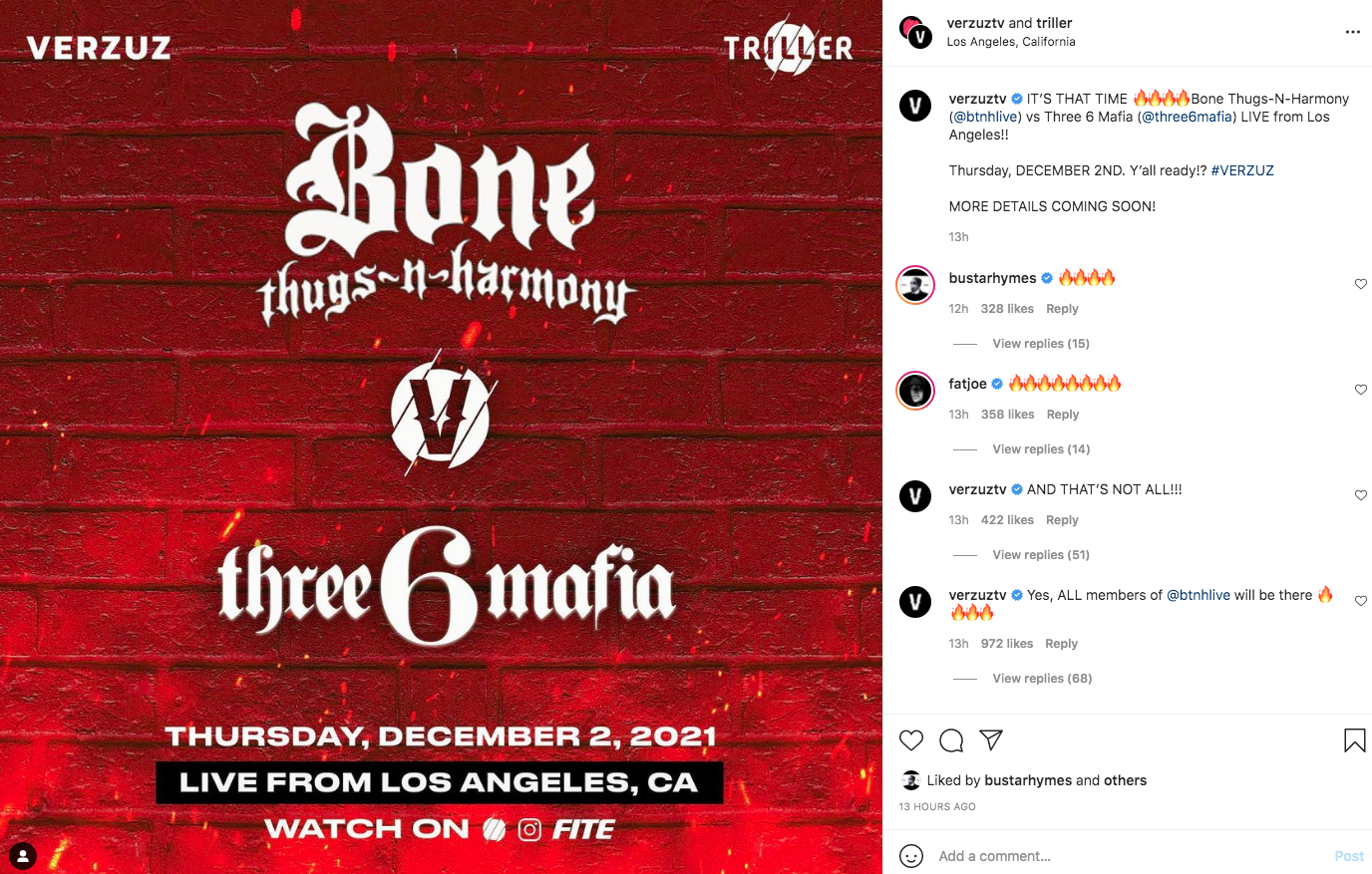