In light of the tragic news of Young Dolph being fatally shot at a business in his hometown of Memphis, a still photo from surveillance footage began circulating online.

The photo appears to show two men holding guns while standing in a parking lot. The car behind them appears to be the same Corvette that Young Dolph drove to Makeda’s Cookies, where he was shot on Wednesday (November 17). The car was later seen being towed away from the scene later that evening. Memphis Police Department Chief CJ Davis addressed the shooting during a press conference, stating:

“This shooting is another example of the senseless gun violence we are experiencing locally and nationwide. Our hearts go out to the Thornton family and all who are affected by this horrific act of violence.” 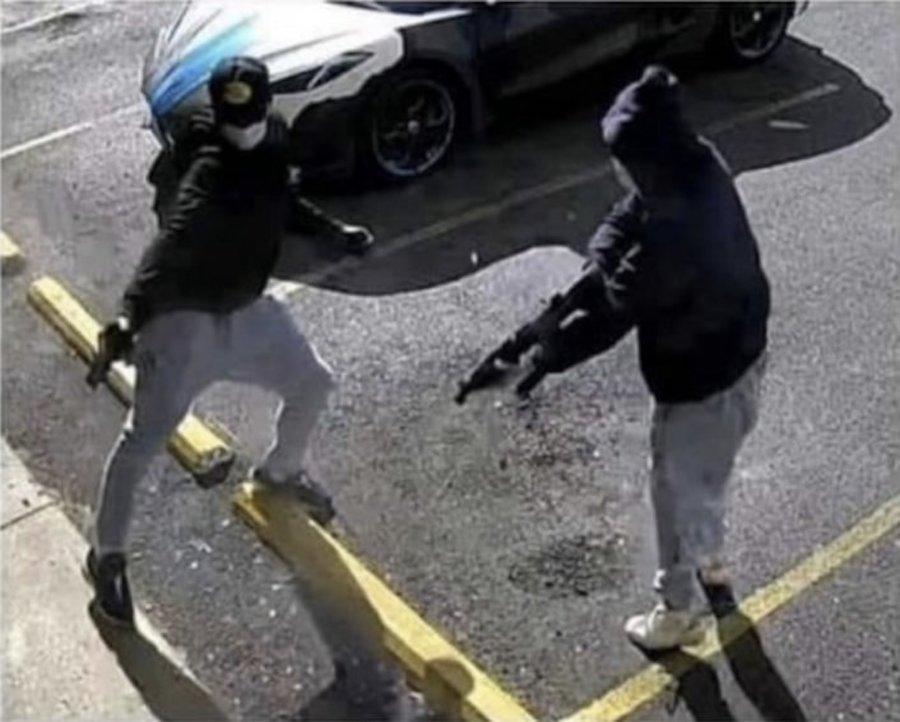