Actor Wil Wheaton, known for his roles in Star Trek: The Next Generation and movies like Stand by Me and Toy Soldiers, spoke out in a lengthy Facebook post about Dave Chappelle’s controversial comments about trans people.

This comes after it was announced that Chappelle would headline Netflix’s Netflix is a Joke Festival.Wheaton spoke about how Eddie Murphy’s 1983 stand-up special influenced him to be homophobic, and while he admits he still thinks some of the jokes are hilarious, Wheaton added, “There is also extensive homophobic material that is just f***ing appalling and inexcusable.” Wheaton explained that he “developed a view of gay men as predatory, somehow less than straight men, absolutely worthy of mockery and contempt,” adding, “For much of my teen years, I was embarrassingly homophobic, and it all started with that comedy special.”

After sharing his regrets about hurting people in the past with his words, he then turned to Chappelle’s “The Closer” special, stating that it “contributes to a world where transgender people are constantly under threat of violence because transgender people have been safely, acceptably, dehumanised.”

Wheaton also addressed Chappelle headlining Netflix’s comedy festival, stating, “Absolutely disgusted. Every single comedian who is on this bill should withdraw unless and until this despicable bigot is uninvited. Any comedian who is part of this should be ashamed of themselves. Netflix may not believe in holding this piece of shit to account, but you all have to live with yourselves and the choices you make to perform with him.”

He then concluded the post, “And f*** EVERYONE at Netflix who is part of this. Trans rights are human rights and words matter.” 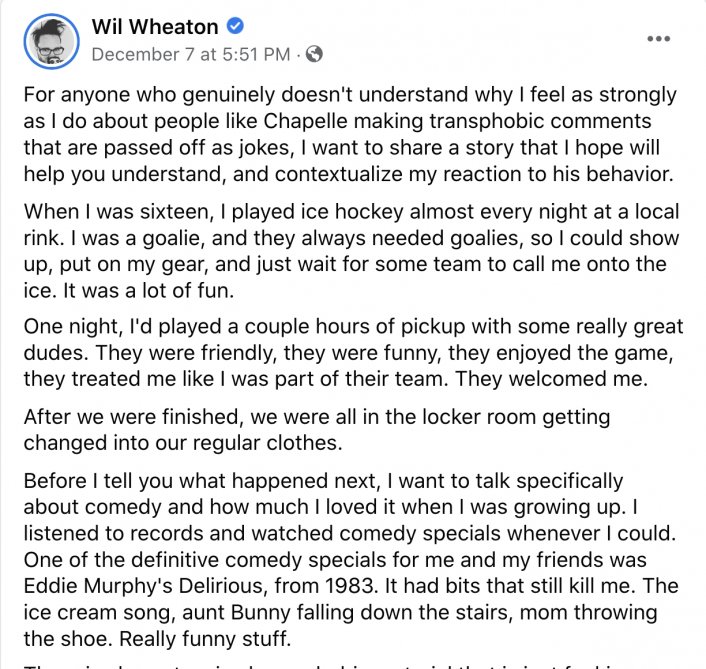 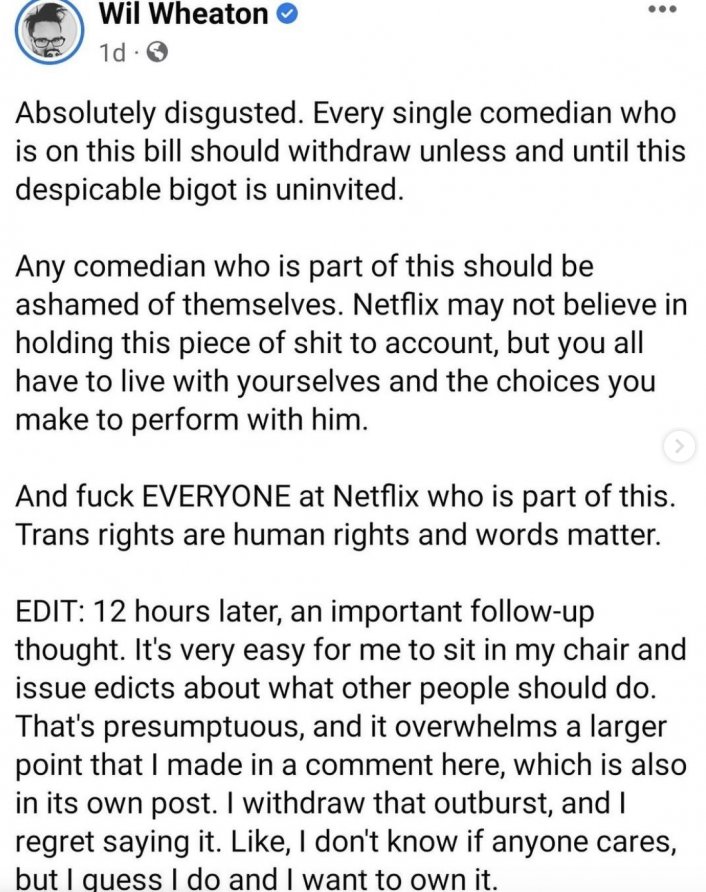