The full list of the nine people who died on the helicopter that Kobe Bryant and his 13-year-old daughter Gianna were riding in when it crashed in Calabasas, California on Sunday morning was revealed.

On the flight were John Altobelli, 56, his wife Keri, and his daughter Alyssa, who was on the same basketball team as Kobe’s daughter Gianna. Sarah and Payton Chester, a mother and daughter, who also played with Kobe’s daughter, were also on the flight. Basketball coach Christina Mauser was also on the flight, along with the pilot, who has been identified as Ara Zobayan. One of Zobayan’s flight students Darren Kemp, told The Los Angeles Times that Zobayan was Kobe’s longtime personal helicopter pilot. 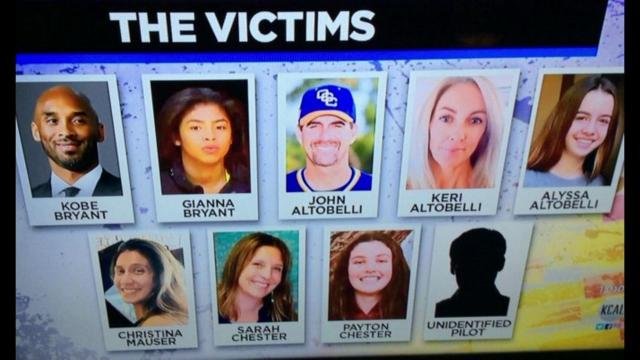