Blockchain-powered platform Royal announced that they are teaming up with Nas to offer 50% streaming royalty rights to Nas’s King’s Disease and King’s Disease II tracks, “Ultra Black” and “Rare.”

Royal will drop the NFT on their official website on January 11, which Nas commented on in a statement. Royal CEO and co-founder Justin “3LAU” Blau also commented, stating:

“Having Nas be the first artist to sell royalty rights through Royal is an incredible affirmation of our mission. It’s proof that artists across genres feel strongly about democratizing ownership of their music, and that they want to be connected to their listeners on a deeper level. Since Royal’s launch, we’ve received overwhelming feedback from artists across genres, who feel strongly about connecting with their fans in new ways. Having Nas involved first as an investor and now as the first artist to drop on Royal is enormous validation of our mission to redefine music ownership, and this partnership is just the beginning.”

Blau explained how the sale will work, stating, “There will be three tiers for each song; gold, platinum and diamond, with diamond being the most exclusive and representing the highest percentage of royalty ownership. Pricing is fixed in the primary sale. There will be a limited amount of tokens available for each song, ranging in tiers representing different royalty ownership. 1,110 total tokens for Rare and 760 for Ultra Black.” 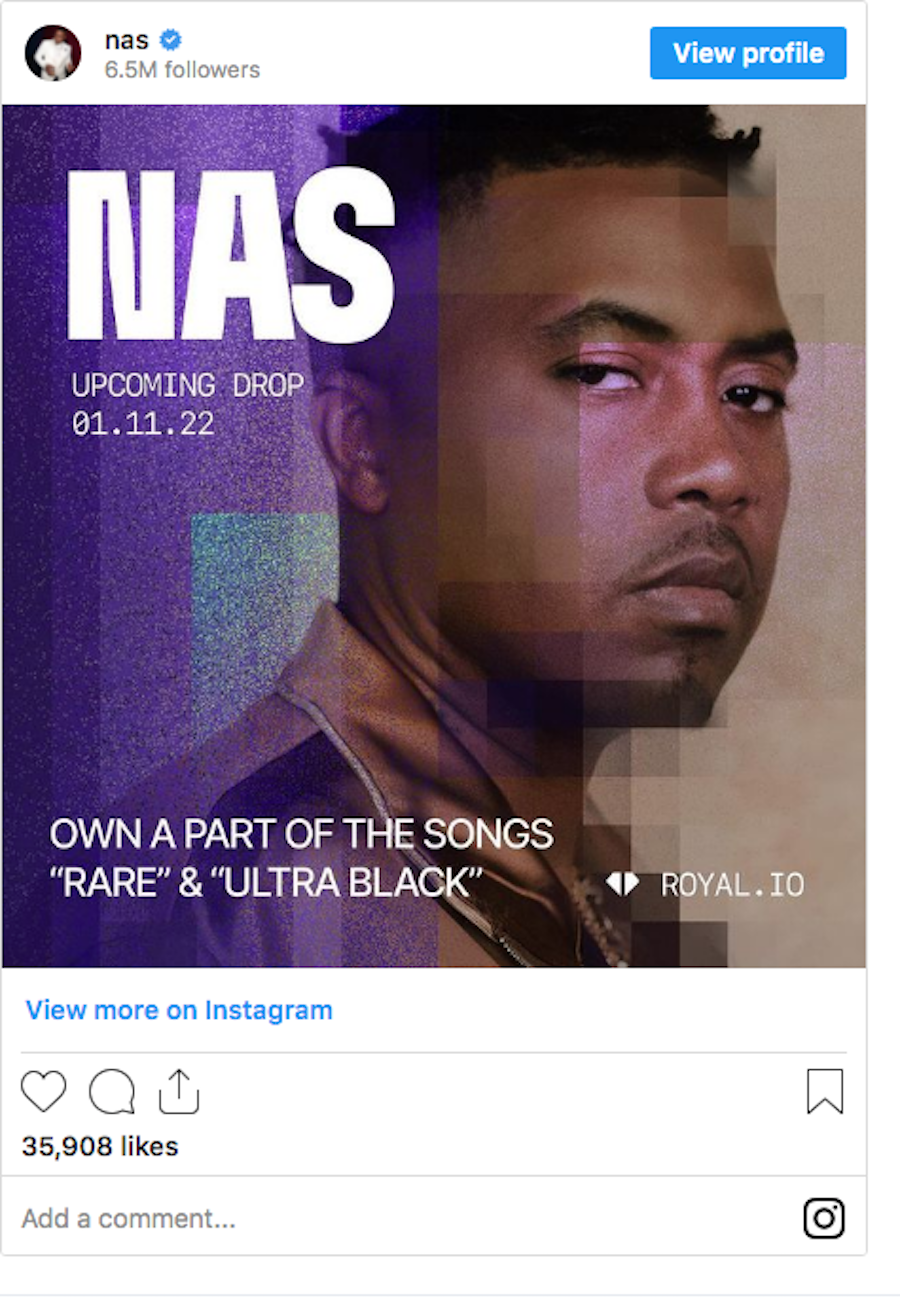