R&B lovers will be in for a treat on Valentine’s Day in a couple of weeks after Verzuz announced Musiq Soulchild and Anthony Hamilton would be facing off.

The event will be staged in Hollywood, CA, and will undoubtedly bring in a range of fans across generations. The announcement was made on Monday and Verzuz issued a press release detailing the event. “Gearing up for love day, VERZUZ—the streaming series launched by Swizz Beatz and Timbaland—reveals the details for its first-ever Valentine’s Day Special,” the press release reads. “Two of R&B’s most notorious crooners GRAMMY® Award winner Anthony Hamilton and GRAMMY® Award nominee Musiq Soulchild square off live from Avalon Hollywood in Los Angeles, CA on Tuesday, February 15, 2022.” 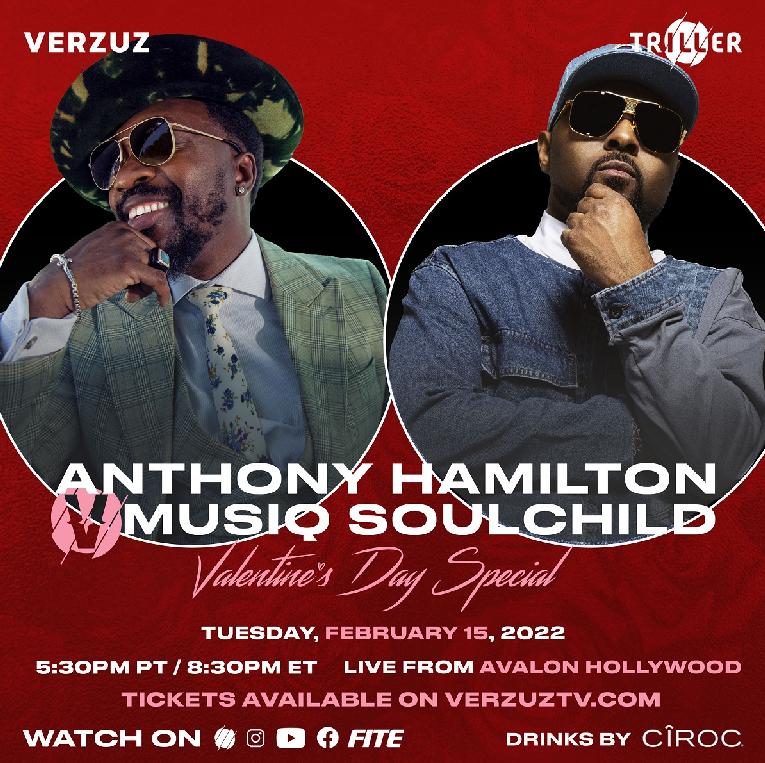