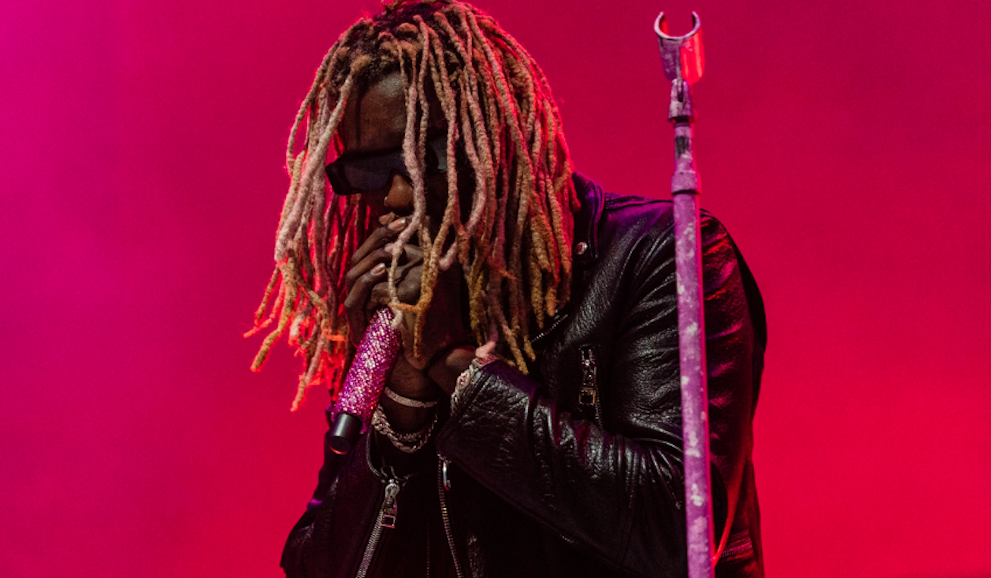 Young Thug Carried the Weight of Atlanta on His Shoulders. Now, It Could Crush Him.

The use of Thug’s lyrics in the indictment fits into broader legal trends that have been decried by scholars. Randy D. Gordon, executive professor of law at Texas A&M University said:

“Courts have in fact treated both poems and lyrics as having evidential value, it is of course unusual, because that tactic bumps up against First Amendment concerns.”

So far, lawyers for both Gunna and Young Thug have slammed the district attorney’s use of lyrics in the indictment. Still, requests to release the rappers on bond have been denied and they remain in custody.  The indictment alleges a massive RICO conspiracy and offers up multiple pages of so-called “predicate acts” in support of said conspiracy. Thug’s generosity is indeed well-documented, and it would appear that prosecutors are hoping to spin a narrative out of the musician’s public image. In looking to connect YSL to the Bloods, prosecutors are using social media posts going back as far as the nascent moments of Thug’s career, when he still straddled the hard-fought circumstances of his upbringing to make something out of nothing. The claims drew criticism from around the rap community for their aggressive scope. Producer Metro Boomin’ wrote on Twitter:

The same ability to weave stories of passion and triumph that made Thug one of rap’s foremost innovators is now being used against him. Therein lies the unique tragedy faced by the current generation of rap superstars: They can find themselves squeezed between the lifestyle that brought them an audience and the stratospheric platform of modern rap music. Where the ground-level missives of earlier pioneers could potentially pass without detection, the genre today is at the forefront of mainstream popular culture, making it an easy target for prosecutors.