Kodak Black has been spotted linking up with Ed Sheeran.

The two artists dapped each other up before taking a bunch of pictures. In one of the pictures, Kodak Black could be seen handing over an 1800 Block diamond-flooded chain to Sheeran, who put the chain on before posing and throwing up middle fingers with the rapper. Earlier this month, Kodak Black took to Twitter to reveal information about what he has coming up, saying, “I got a song Ed Sheeran & Other Elite Artists 🤫 I snapped within a year 😈.” 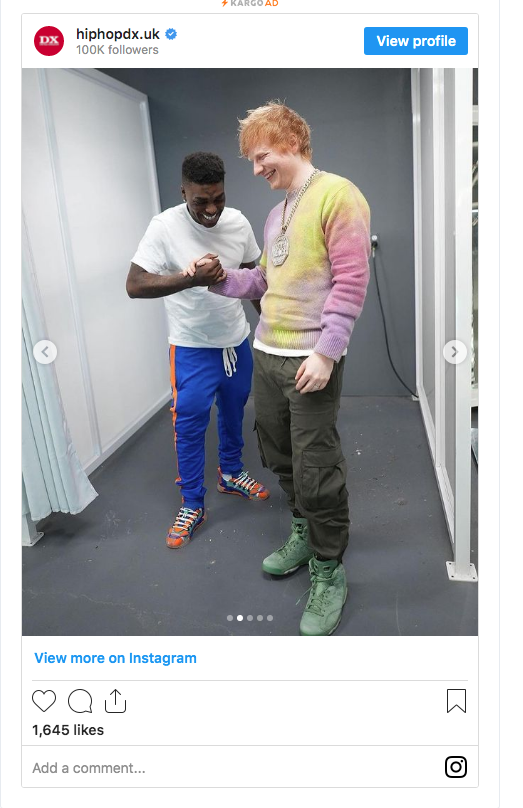 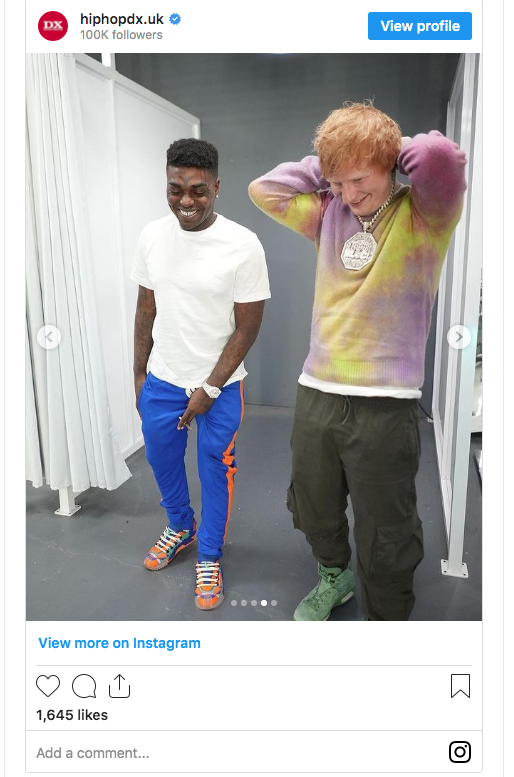