While the world is gripped by the NFT (non-fungible token) craze, celebrities are finding every way to get in on is not being co-signed by one of the world’s most famous artists and designers.

On Monday, Kanye West took to Instagram, saying that he is not jumping on the NFT wave, and asked fans (and potential investors) to stop asking him about it. Ye posted a photo of a paper listing the things he’s focused on right now “in the real world.” He captioned the IG post, “STOP ASKING ME TO DO NFT’s I’M NOT FINNA CO-SIGN … FOR NOW I’M NOT ON THAT WAVE I MAKE MUSIC AND PRODUCTS IN THE REAL WORLD.” Despite the explicit stance at the moment, Kanye didn’t entirely close the door on potentially delving into the NFT space by writing “ask me later” at the end of the list before signing it. 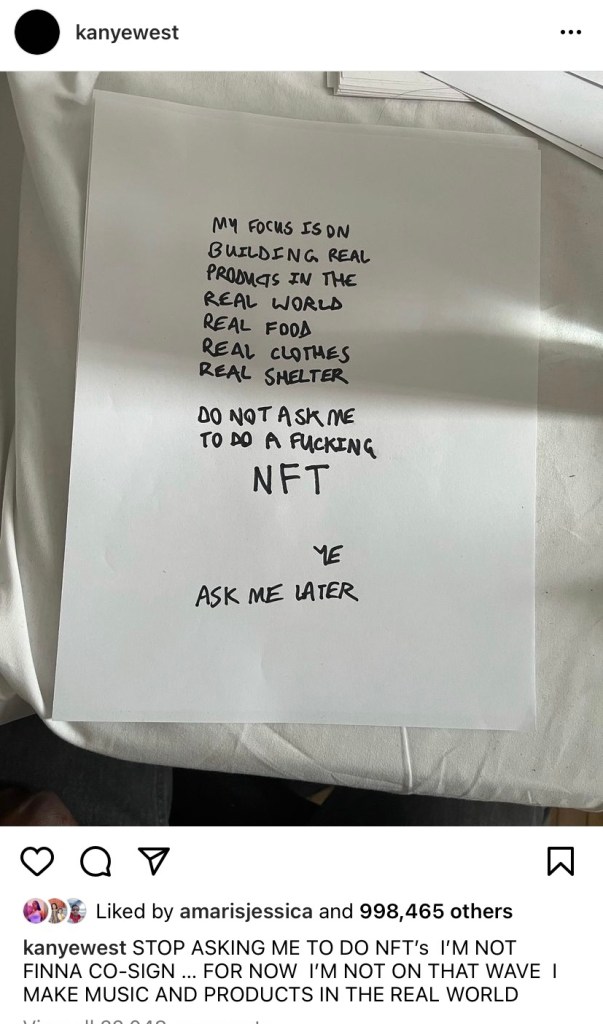