Four years ago Tim Stokley used the equivalent of $13,271.96 to establish an internet company called OnlyFans.

With the British businessman at the helm, the small startup company went on to surpass a valuation of $300 million. But because the website is largely viewed as an adult-film-based platform, it has often been at the center of controversy in regards to pushing the boundaries of sexually explicit content. OnlyFans made headlines again when its founder stepped down as the company’s CEO on Tuesday. In an Instagram post, Tim Stokely wrote, “I have taken the decision to step down from my position as CEO of Fenix International to focus on my next challenge. In 2016, I launched the platform OnlyFans.com. Working from my brother’s kitchen table, it would have been impossible to dream of what we achieved.  I’d like to thank all of my colleagues, but the most important thank you is to all of the content creators…you made OnlyFans what it is today.” 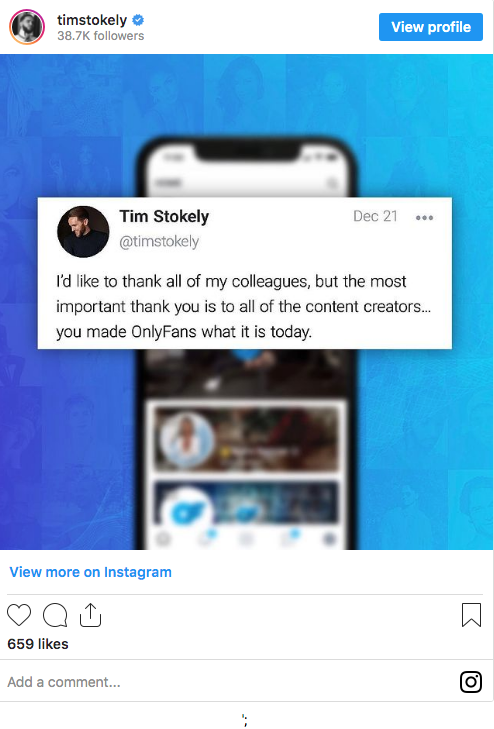