On the heels of so much adversity, it appears as though a former pupil of Putin has decided to air out her displeasure with her native country’s decision to invade Ukraine.

In an emotional Instagram post, Aliia Roza, a former Russian spy who fled her home country for the United States of America after her husband was jailed years ago, shared her feelings about the recent conflict that has pitted her friends and family on both sides of the war against one another, making it abundantly clear that she too opposes Putin’s recent actions. 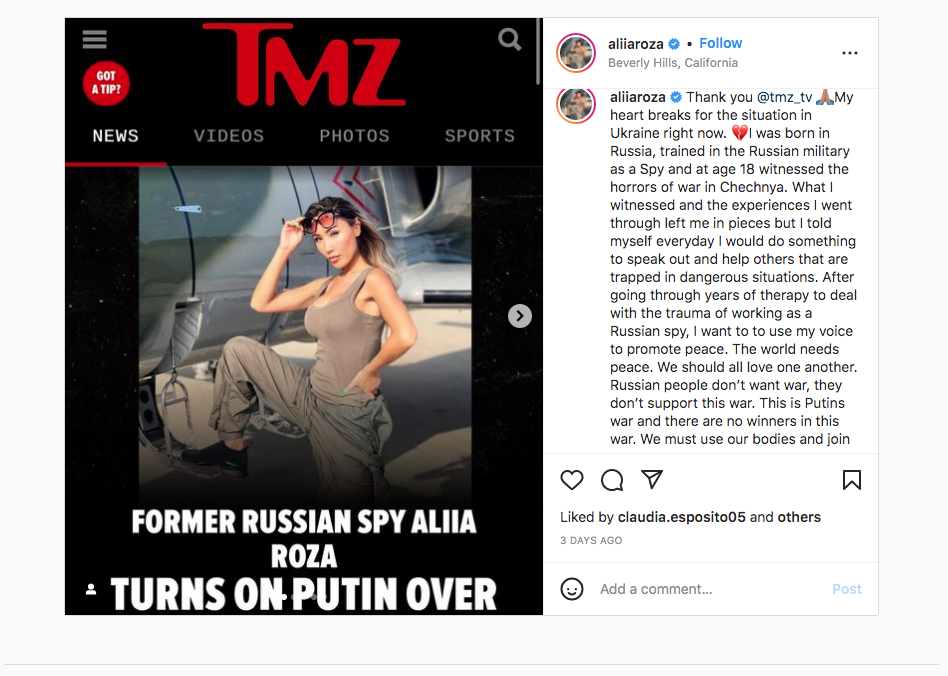