One week after the Klitschko brothers publically stated their willingness to take up arms in an effort to fight off Russia’s military invasion, Ukraine’s former beauty queen has vowed to do the same.

Amid reports that the local police have been handing out rifles to everyday civilians like candy, Anastasiia Lenna recently took to Instagram to let Russian invaders know that she’s packing heat and she’s not afraid to use it.

“Everyone who crosses the Ukrainian border with the intent to invade will be killed,” wrote the 2015 Miss Ukraine. The viral image has since become a beacon of hope for the residents of Ukraine’s capital city as they continue to stave off capture at the hands of the Russian military forces. 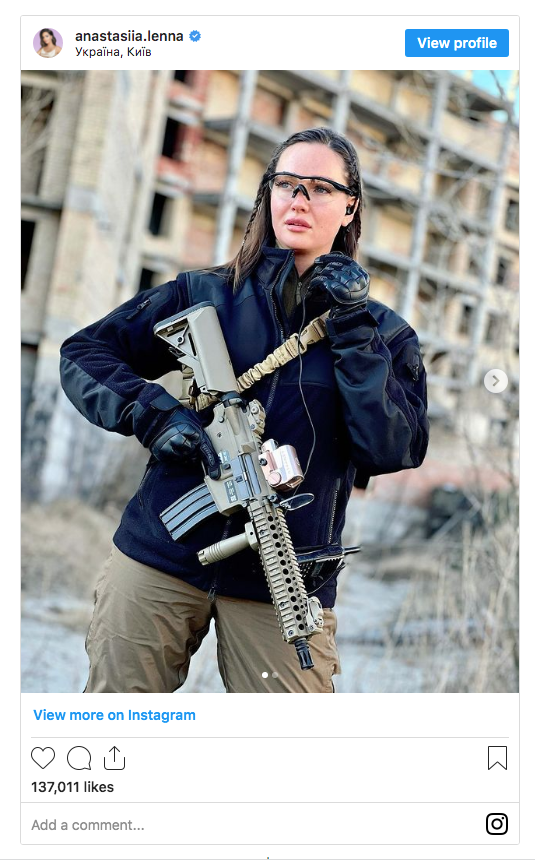