Larry Hoover Jr. took to Instagram to share photos from a meeting he had with Drake and J. Prince amid continued efforts to free his father, who is serving six life sentences.

According to TMZ, the photo was taken a few months ago. This comes as many were speculating as to whether Drake met with J. Prince to entertain Kanye’s recent invite to perform at a concert in L.A. in an effort to free Hoover. In the video, Kanye tells Drake:

“Drake, you’re a leader and leaders make decisions that people follow. And man, this would be big. This is like Michael Jackson and Prince, the one we never seen. It’s gon’ be a ripple effect. We need togetherness and peace in this hip-hop community. We need togetherness and peace in our communities all throughout the United States. Be the leader and show, lead by example.”

In a new preview for Kanye’s second Drink Champs interview, Larry Hoover Jr. joins him to speak about his father. In the clip, Kanye also explains that his main reason for wanting to do the concert with Drake is to put the spotlight on Larry Hoover. The full episode is set to air tonight. 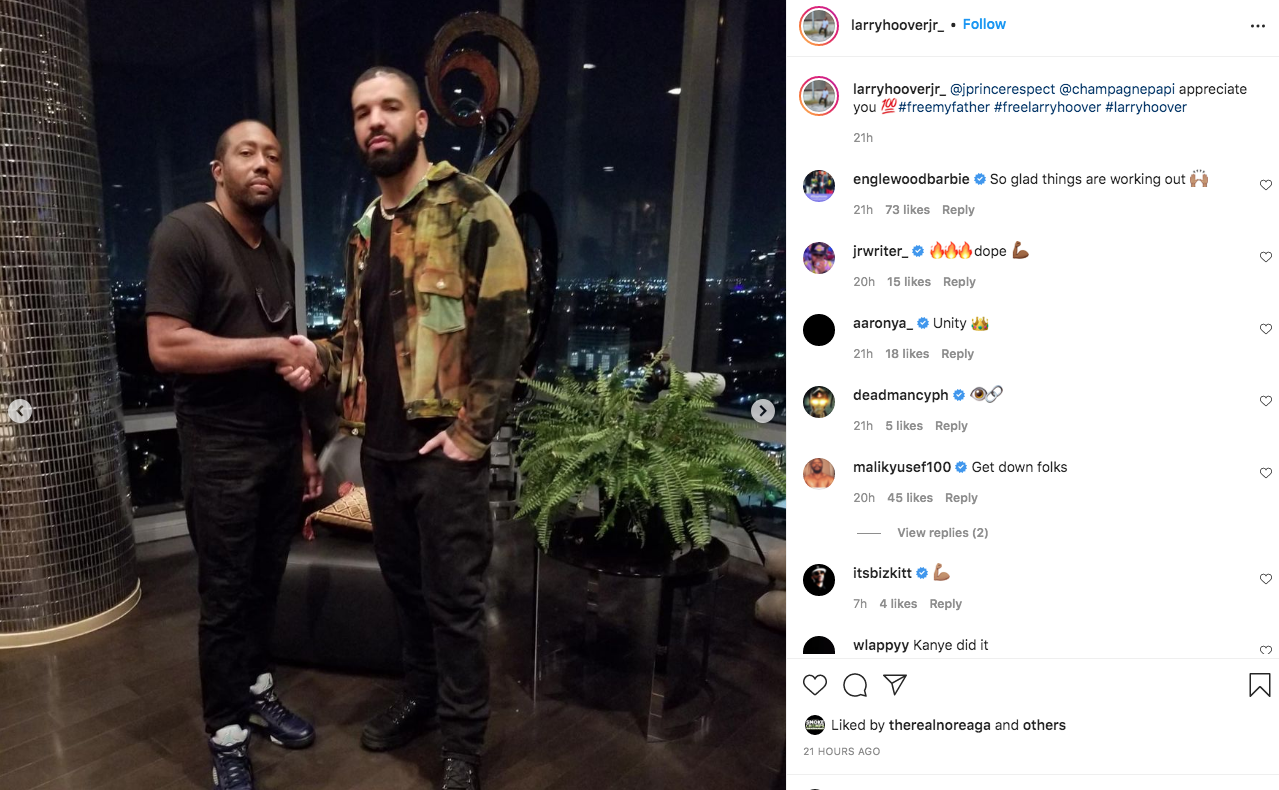