Dr. Dre is officially divorced from his now-ex-wife Nicole Young and took to social media to announce the news.

It’s evident from the picture that Dre is in good spirits following the drawn-out divorce process. The legendary producer was pictured smiling with balloons behind him spelling out “Divorced AF.” While the divorce is official, no word yet on the prenuptial proceedings and whether Dre will get Nicole to settle the case. At the moment, Nicole is accusing Dre of trying to bleed her financially so that she will settle and claims the Compton native is spending exorbitant amounts of money in the meantime. Money, of course, Nicole believes she’s entitled to have. 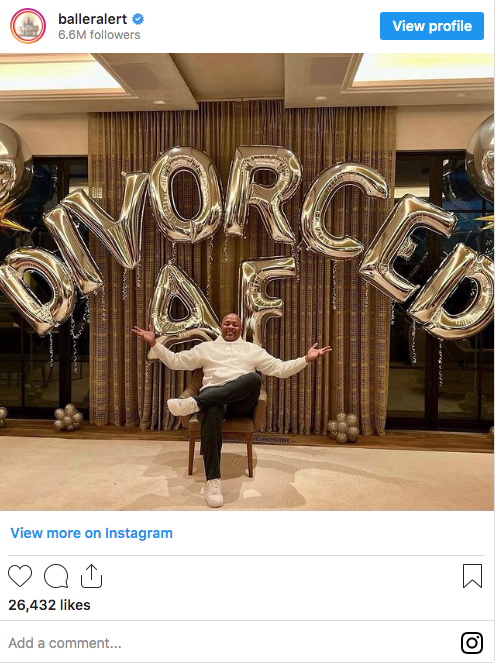