The family of famed entertainer Gilbert Gottfried announced on Tuesday that the comedian had passed away after battling a long illness.

Gottfried was best known for voicing the parrot Iago in Disney’s “Aladdin,” as well as being the voice of the Aflac duck for the insurance company Aflac. The statement reads, “We are heartbroken to announce the passing of our beloved Gilbert Gottfried after a long illness. In addition to being the most iconic voice in comedy, Gilbert was a wonderful husband, brother, friend and father to his two young children. Although today is a sad day for all of us, please keep laughing as loud as possible in Gilbert’s honor.” 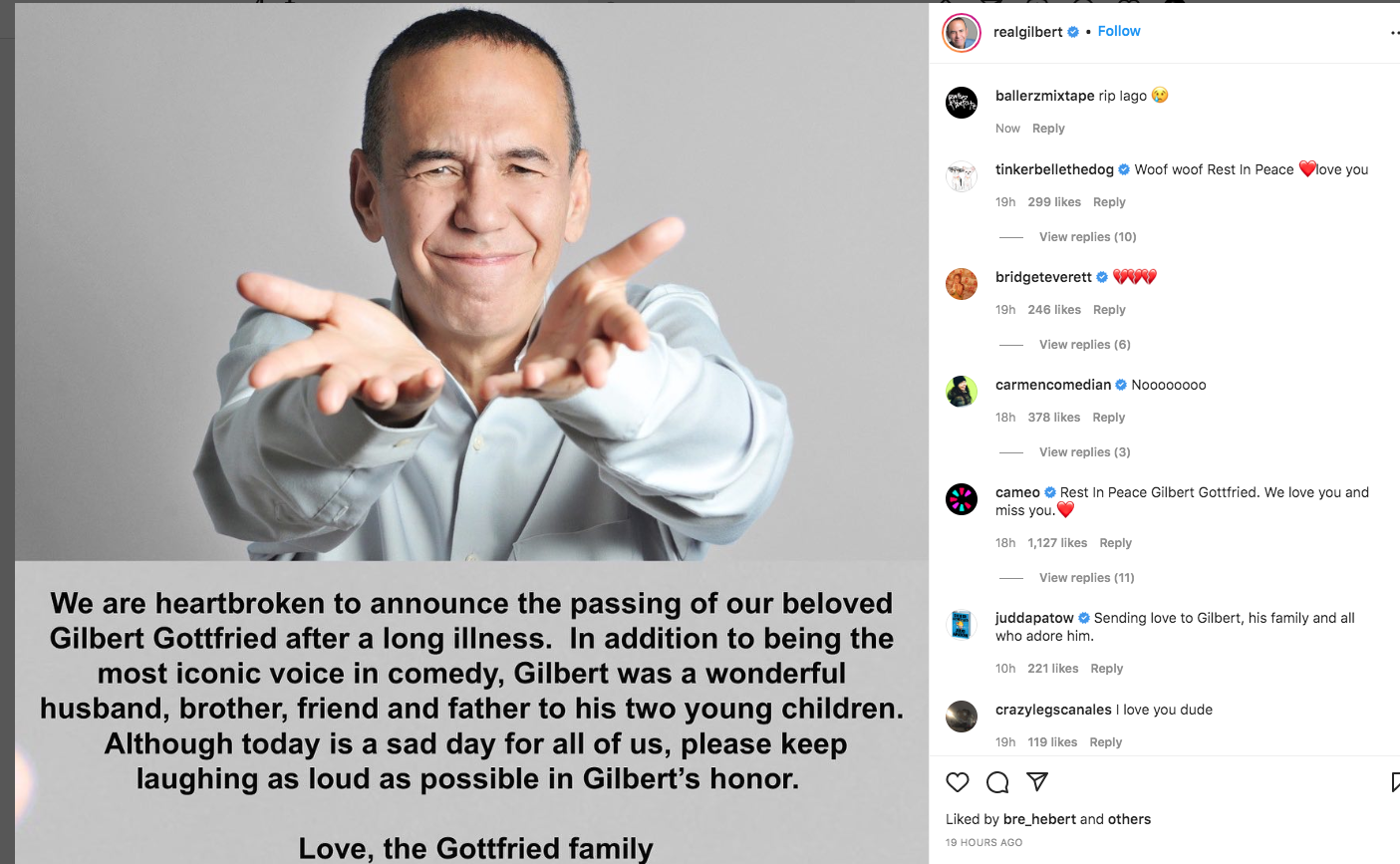