Jay Z‘s 13th studio album 4:44 which was released last week via his partnership with Sprint x Tidal has been certified platinum by the Recording Industry Association of America. This makes Hov’s 13th consecutive platinum LP release which is more than any other Hip-Hop artist in the history of RIAA’s Gold & Platinum Program. 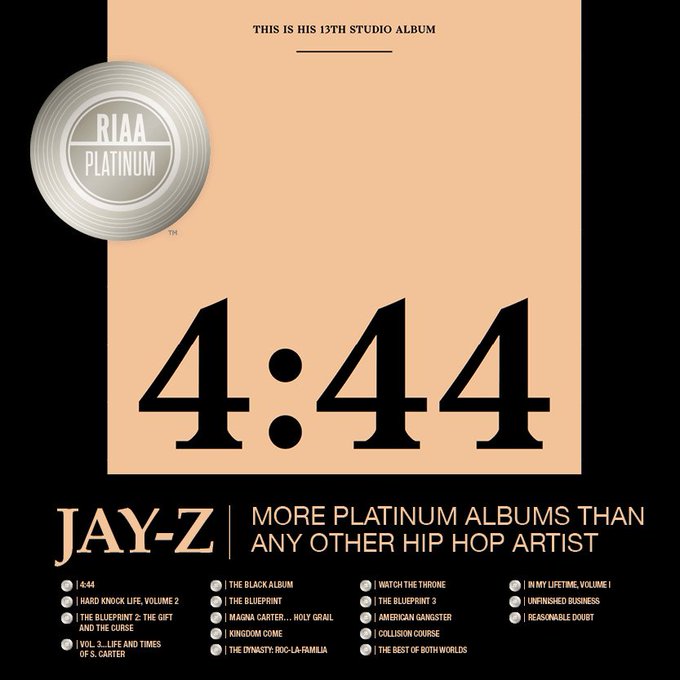 His biggest-selling album to date, according to the RIAA, is Vol. 2… Hard Knock Life, which was certified 5x platinum. Congrats to Jay-Z and Roc Nation!