It was recently revealed that Dr. Dre’s viral clip with Tyrese where the singer spoke on a pending deal reportedly cost the producer $200 million in an Apple-Beats By Dre deal.

However, that moment isn’t a setback, as the producer has gone on to pledge $10 million to Compton High School. The money is helping to break ground on a $200 million campus. The school will be naming its new performing arts center after the producer, calling it the “Andre ‘Dr. Dre’ Young Performing Arts Center.”

The producer spoke about the high schools he attended before ultimately dropping out. During a ceremony this past Saturday, Dre said:

“I was an artistic kid in school with no outlet for it. I knew I had something special to offer to the world, but with nothing to support my gift, schools left me feeling unseen. I’ve always wondered how much further ahead I might have been had the resources I needed in school were available. If I had learned more about the business industry, I would have saved myself [an] extreme amount of time, money and most importantly, [made] a lot of friendships.” 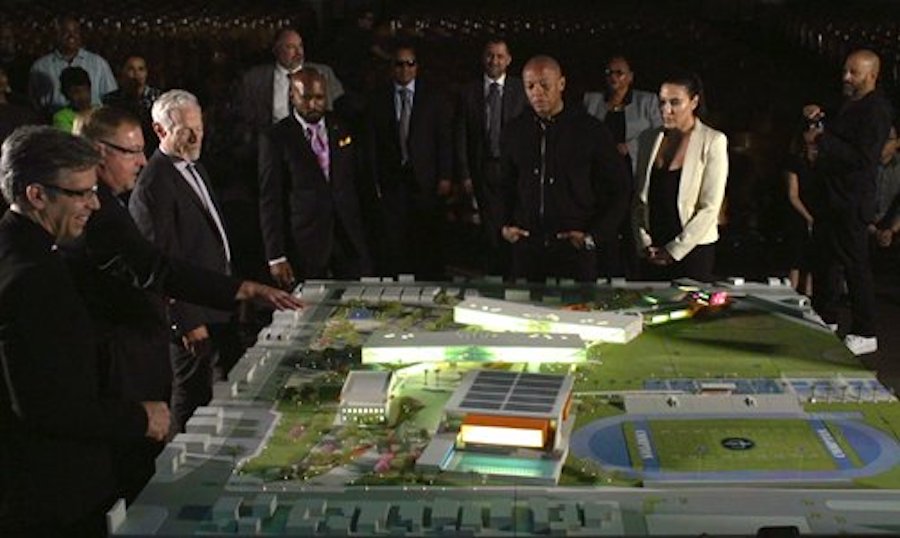 Reports noted the new campus will be opening in 2025.