To recap, Kendrick made his triumphant return Sunday night with a music video for “The Heart Part 5.” The latest installment in the Compton rapper’s “The Heart” song series samples Marvin Gaye’s classic 1976 song “I Want You,” while the visual sees Lamar morph into several pop culture figures, including Nipsey, who Kendrick raps from the perspective of in his third verse. Lauren shared her approval of the video on her Instagram Story, writing, “Powerful Art.” 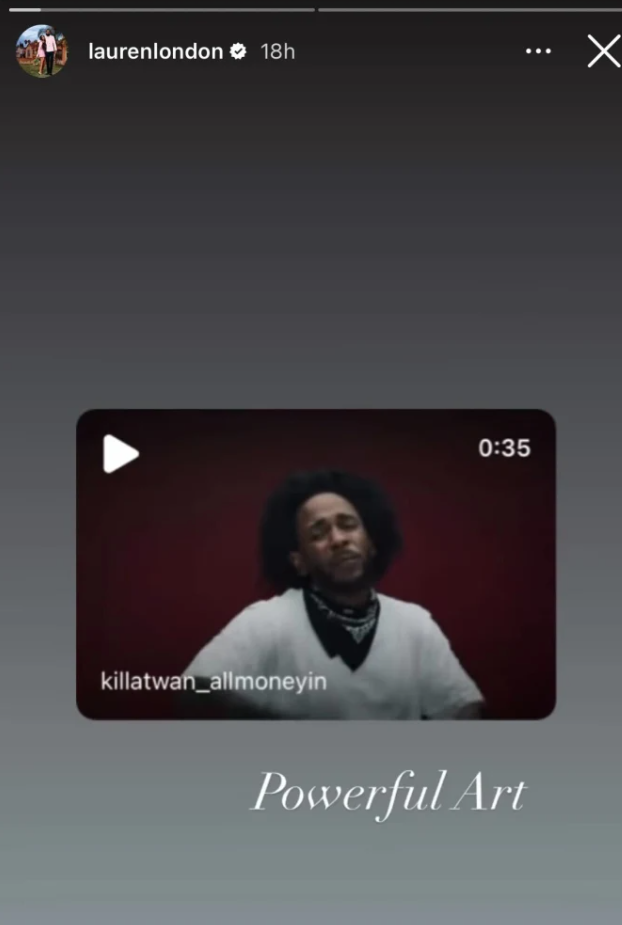