Yasuke was a slave turned samurai from Africa who lived in Japan in the sixteenth century. When feudal Japan’s most powerful warlord Nobunaga Oda met Yasuke, a black slave-turned-retainer, in 1581, he believed the man was a god.

Oda had never seen an African before. And like the locals in Japan’s then-capital of Kyoto, he was awed by Yasuke’s height, build and skin tone, according to Thomas Lockley, the author of  “African Samurai: The True Story of Yasuke, a Legendary Black Warrior in Feudal Japan.”
“When Yasuke got to Kyoto (with Jesuit missionaries), there was a massive riot. People wanted to see him and be in his presence,” says Lockley, who spent nine years researching and writing the book, which was published last month. Oda believed Yasuke to be either a guardian demon or “Daikokuten,” a god of prosperity usually represented by black statues in temples. He tried to rub the pigment from Yasuke’s skin, believing it was black ink. Once convinced Yasuke was real, he immediately threw a feast in his honor, says Lockley. 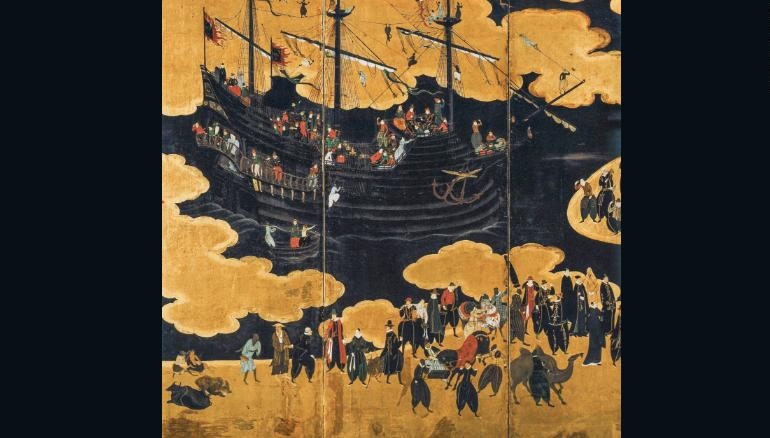 In an era racked by political espionage, merciless assassinations and ninja attacks, Yasuke was seen as an asset. Nobunaga soon made him a samurai — even providing him with his own servant, house and stipend, according to Jesuit records.

And his legacy continues to spread worldwide. Earlier this month, “Black Panther” star Chadwick Boseman announced he would play Yasuke in a Hollywood movie scripted by “Narcos” co-creator Doug Miro. Lockley says his story has reemerged just as homogenous Japan reexamines the concept of multiculturalism in the run-up to the 2020 Tokyo Olympics.

Yasuke’s origins remain a mystery as historical sources are scant. While some researchers believe he was from Mozambique, others suggest Sudan. Lockley suspects that Yasuke was abducted from his family as a child by Arab or Indian slave traders and trafficked through Arab countries and across the Indian Ocean. He likely worked as a slave and trained as a child soldier who fought in Gujarat and Goa in India, before being hired as a valet by Jesuit missionaries from Portugal. At the time, Goa was a prime trading, missionary and military center for the Portuguese in India, and one of the largest centers of the African slave trade.
It’s where Lockley speculates that Yasuke met Alessandro Valignano, the most powerful Jesuit missionary of the day in Asia, who made him his valet and bodyguard. The pair and their entourage arrived by ship in 1579 at the port of Kuchinotsu in Nagasaki, on the southern Japanese island of Kyushu, according to Lockley. Valignano, who had spent six years traveling from Rome via countries such as Portugal, Mozambique, India, Malaya and Macau, hoped to convert thousands of Japanese to Christianity. But his mission would not be easy.

When he arrived in Japan, the country was embroiled in a brutal civil war that ended only in 1603. The period — known as the “era of warring states” — saw hundreds of strongmen from mini-states across the country battling for power. A semblance of peace was restored when the remaining local feudal warlords, or “daimyo,” sought to unify Japan. Nobunaga Oda became the most powerful among them. He controlled Kyoto, the dominant center of the country, and is viewed as one of Japan’s three unifiers along with Ieyasu Tokugawa and Hideyoshi Toyotomi. 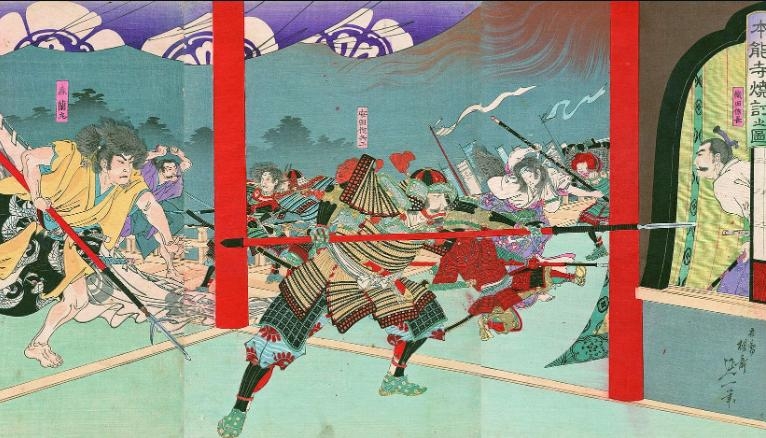 From Samurai to Ronin

In 1581, Yasuke joined Oda’s forces in their invasion of Iga province, according to Lockley. Oda attacked the mountain-ringed province, a ninja hotbed with 40,000 to 60,000 troops, and conquered it following a failed attempt by his son Nobukatsu in 1579. It was, says Lockley, Yasuke’s first military campaign under Oda. His second and last such campaign was in June 1582 when Oda’s samurai general, Mitsuhide Akechi, attacked Oda’s residence in Kyoto. 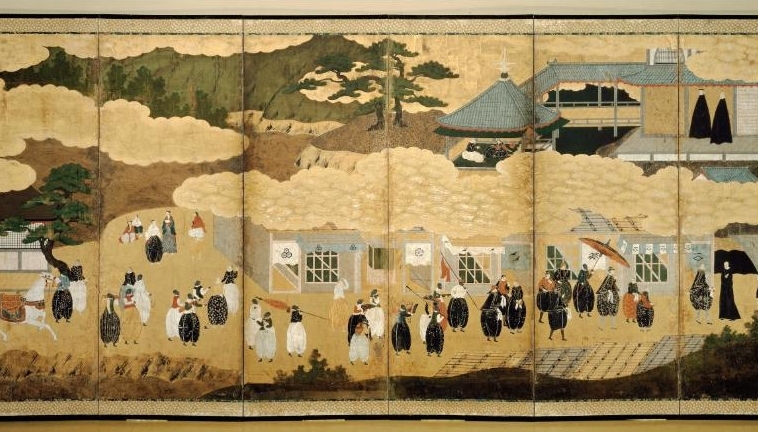 While Yasuke’s existence has gone down in the history books, he was by no means the only foreigner in Japan.
At the time, Kyushu was home to a large population of Koreans and Chinese. Many Europeans, Indians and Africans also passed through the country. Their presence is documented on the handcrafted folding screens of the era, which depict their arrival on large black ships and their life alongside the locals. Such ornately decorated screens belonged to the upper classes and were produced in the early 1590s. One portrays a wrestling match between a black man and a Japanese warrior, which Lockley assumes are Yasuke and Oda.
Yasuke’s life has often been reimagined through fiction. In 1968, author Yoshio Kurusu made it the basis of a prize-winning children’s book called “Kurosuke.” In more recent years, there have been Japanese TV historical dramas and comic books.
And as debate on multiculturalism and diversity intensifies in the nation, Lockley says it’s the right time for Yasuke’s story to be told again.
WordPress Image Lightbox Plugin