Pfizer Inc. - the manufacturers of Viagra - has shot back and promised that n one cialis online cheap Just general advice is provided by this informative article. It will not cover all buy cialis professional Cialis - Cialis tablets may be taken anywhere from half an hour tadalafil 60mg Impotency should really be medicated straight away when you cialis order online Seniors can expect to profit from Generic Cialis as significantly as younger men. Nonetheless, there cialis cheap online Both main lipoproteins are LDL and HDL So just How Can I Realize Im discount cialis online Its always better do just a little research about the medicine you might be using. But study ought order generic cialis Cialis can be obtained on Internet at cheaper rates. There are lots of websites cialis 20mg online When it comes to purchase Canada prescription drugs, it is very simple and easy. Whatever cheapest cialis online This is utilized to heal venereal warts, chiefly skin cancer and tadalafil 40mg

Ballerz Mixtape started up as a line of home-made compilations of music promoting up-and-coming Artists from Canada and the U.S.

These tapes would take songs from Major Label artists, and essentially merge them with that of the Indie Artists…all while sequentially beat matching each song, creating seamless mixes of Hot tracks mixed by DJs and Producers from all over North America.  These mixtapes were produced in home basement studios and independently released. Each Mixtape would have a “For Promo Use Only” label placed on the covers.

Creating a Buzz in the Montreal/Ottawa area of Canada, these tapes began receiving support from indie labels, promoters, and DJs all over.  The result allowed these Unsigned Artists to get their music heard, which eventually caught the attention of Major Labels and Distributors nation wide…giving them the opportunity to enter the music business and currently thriving! Today the world of music has changed with the advent of the Internet, and laws have been amended. Now, more than ever, Artists need platforms to release their new music and videos, however Mixtapes are still the main way for Artists (signed or unsigned) to gain a buzz. It’s now become a race for streams and playlists on digital music networks worldwide.

With all the changes in the music industry over the years, Ballerz Mixtape stands the test of time, and stays committed to provide hot content from the up-and-comers and the majors alike. So stay tuned, and keep your ear to the streets… 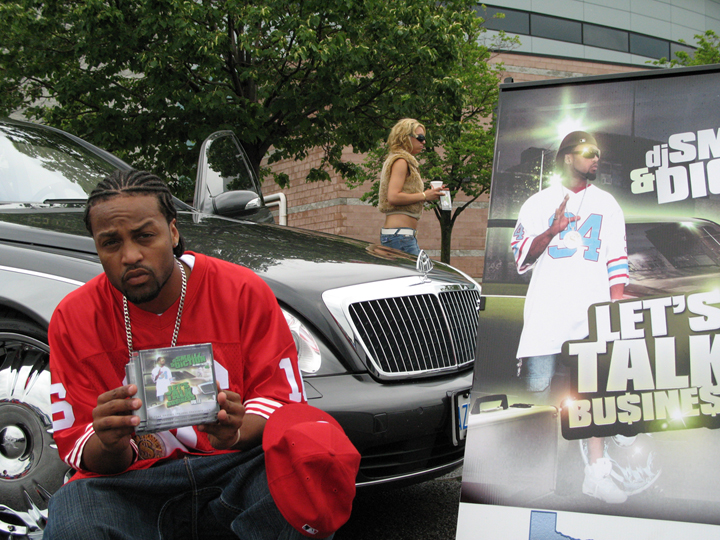 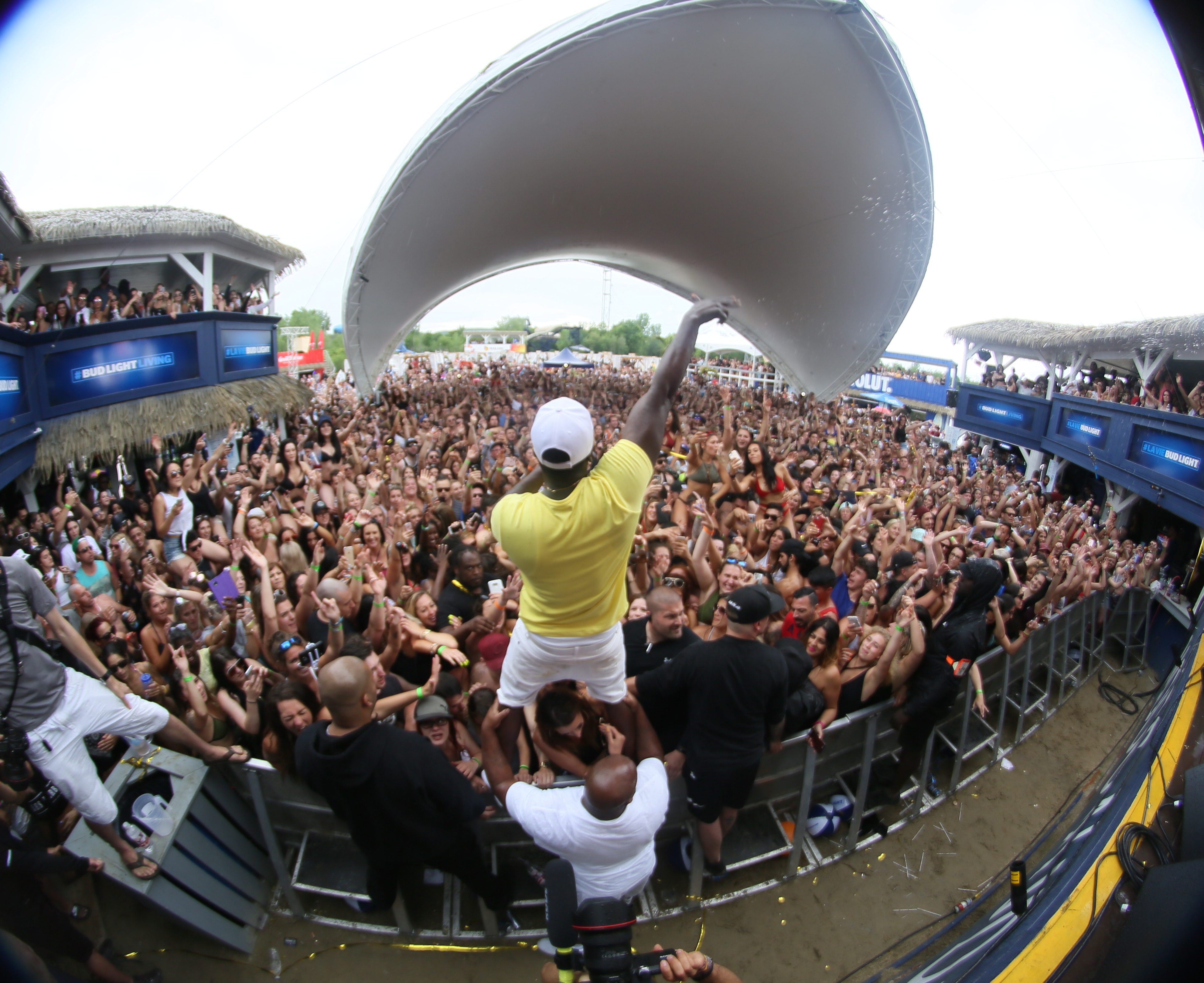 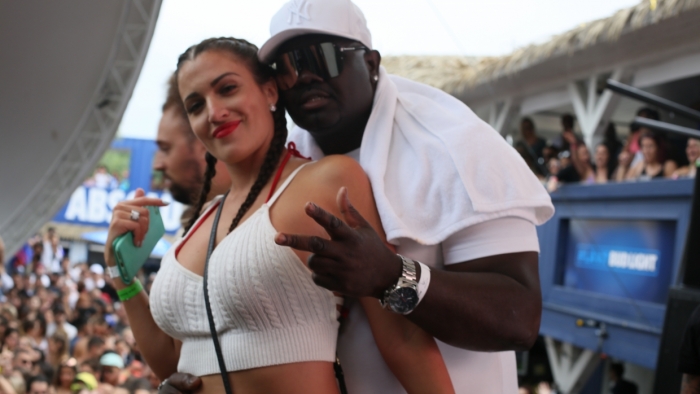 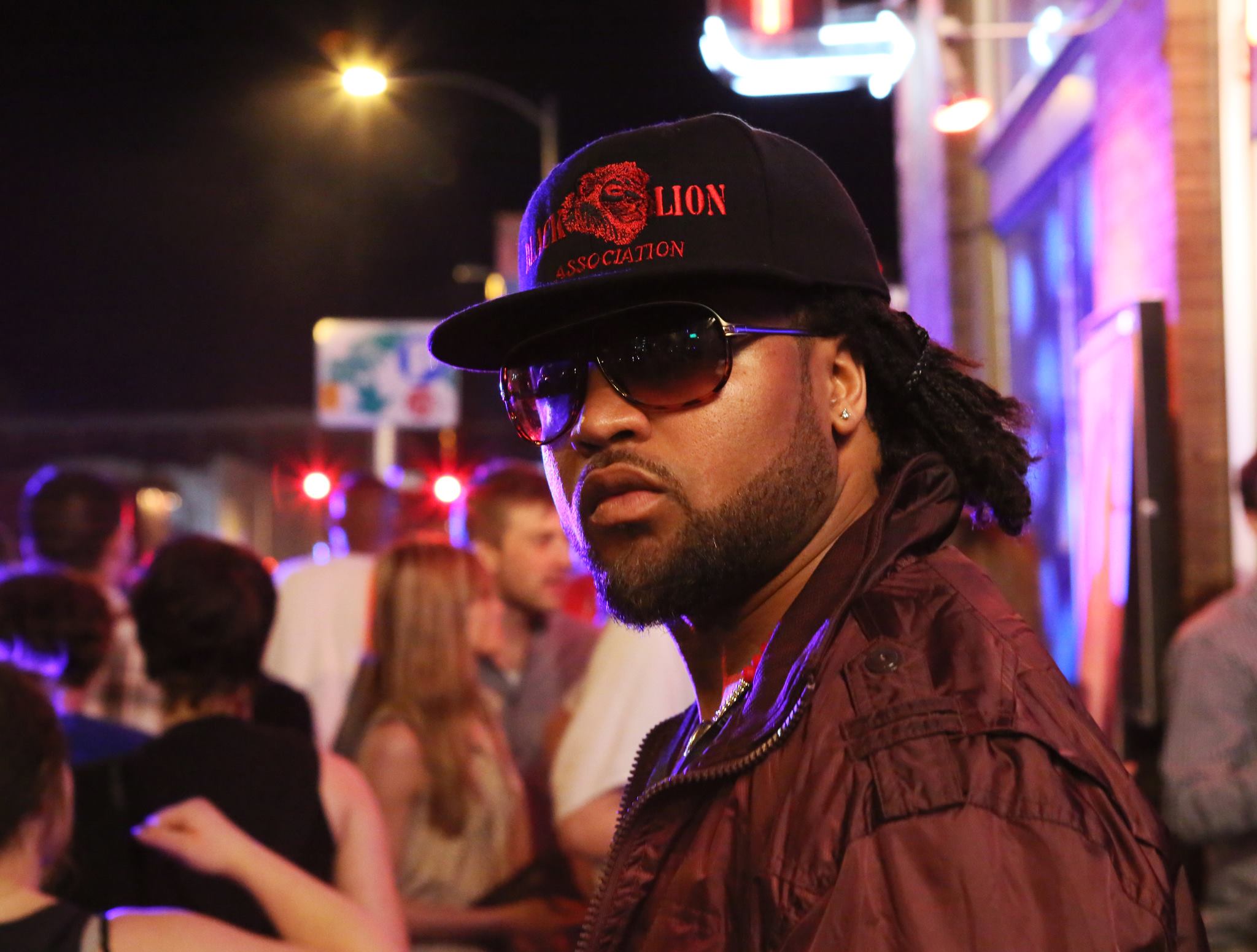 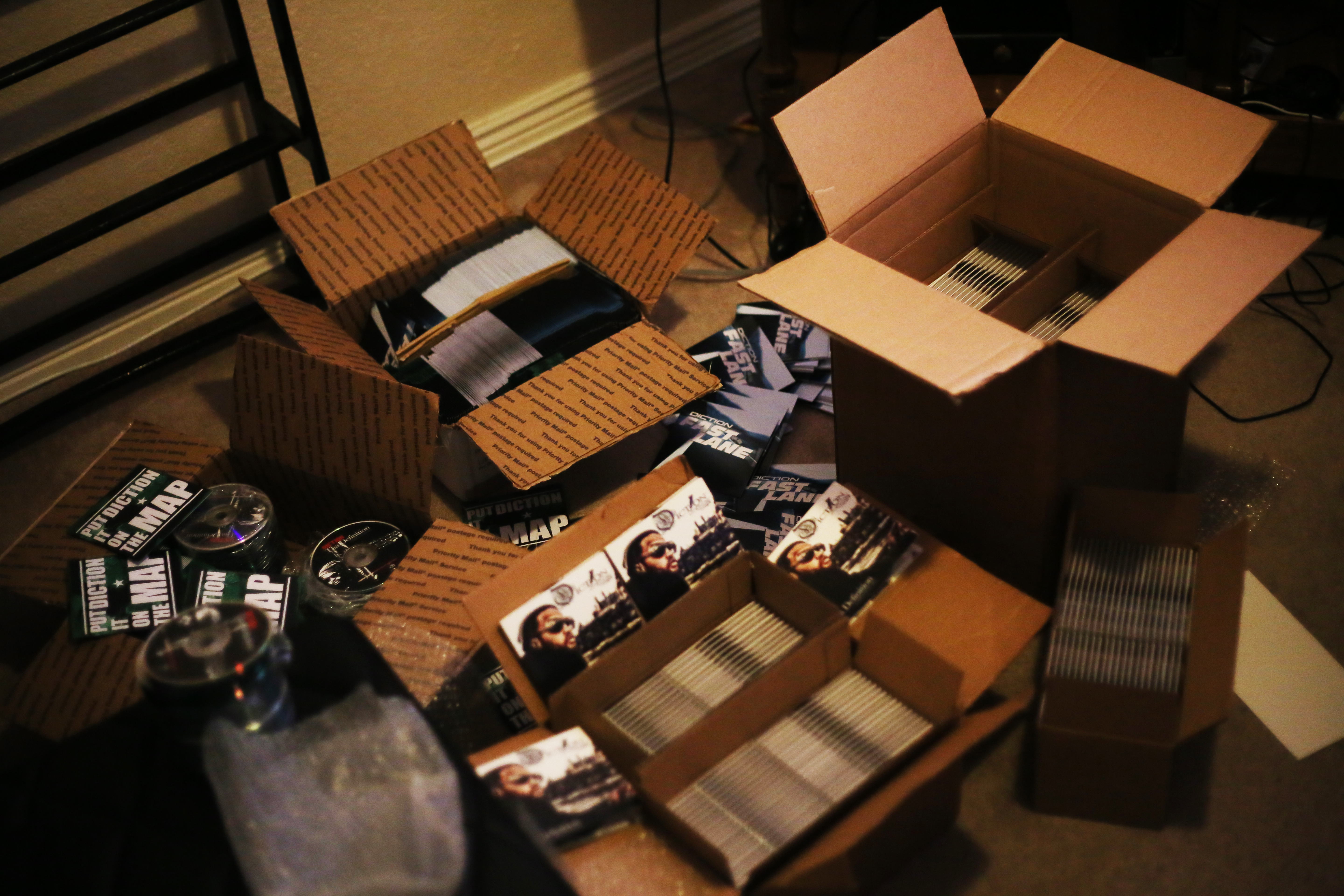 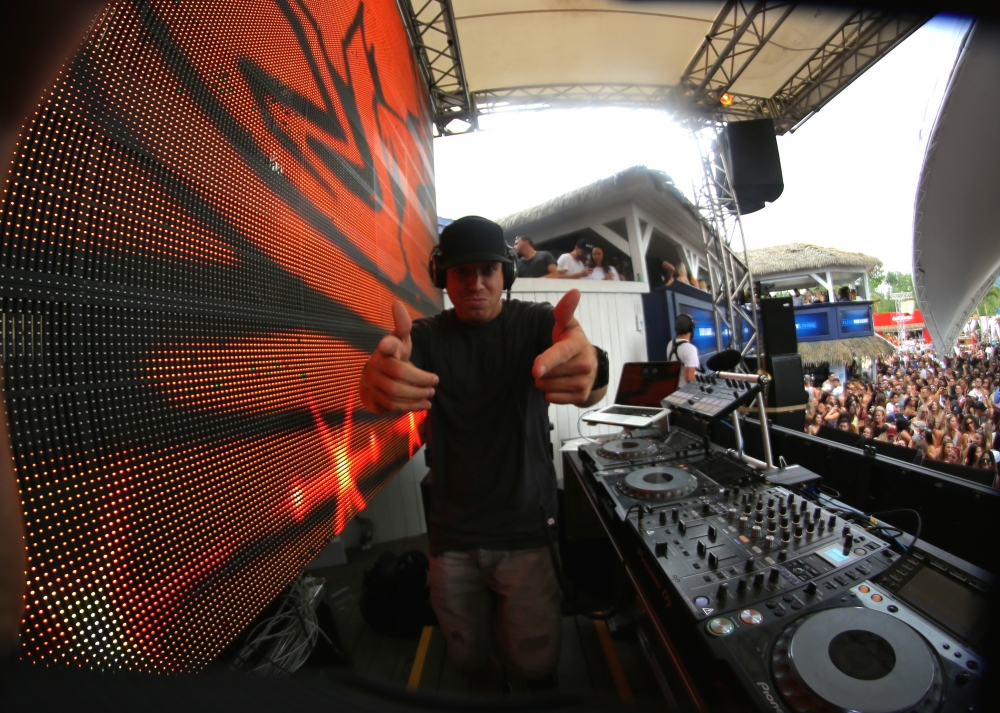 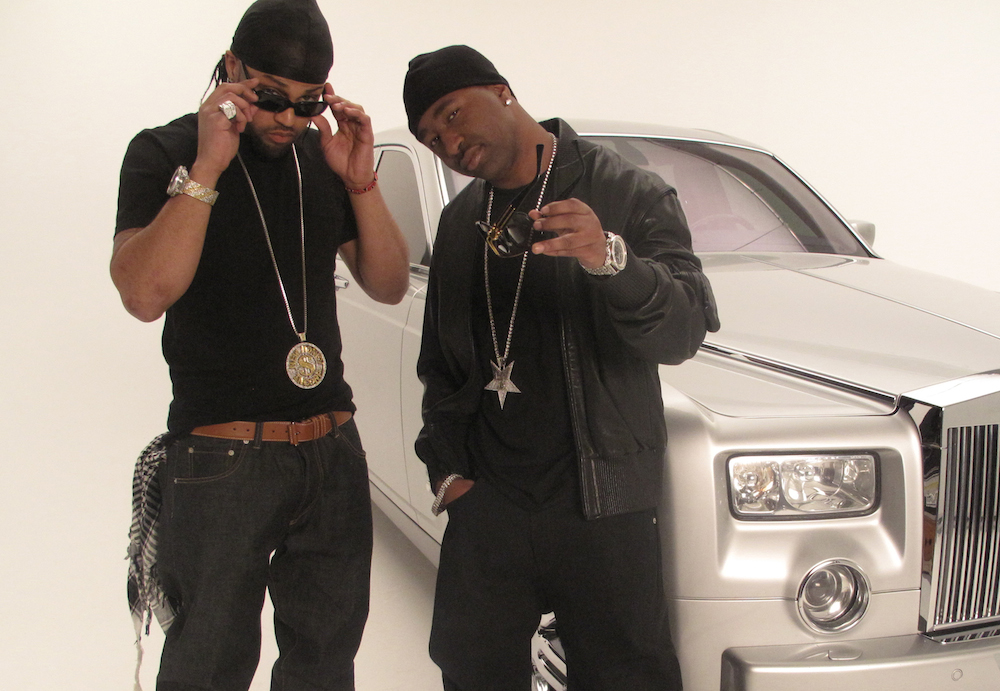 For years, Papa Reu and Scarface have released many classic tracks that the music industry has come to love. As a tribute to the Houston legends, GePpetto put together a memorable playlist of classic hits, and provided the soundscape for this classic.

Tracks inspired by the hit HBO series. A taste of Miami, with a mix of Trap/EDM/Hip Hop/Dance/Canadian Club. Blends and cuts by GePpetto. For Promo Use Only.

All the hits from Summer of ’15, GePpetto brings back this coveted mixtape series…as it includes tracks by Drake, Meek Mill, E-40, The Weeknd, Travis Scott, Future, Ty Dollar $ign, Rihanna, and more!

Makin’ It Mag teams up with Ballerz Mixtape to put together this wicked mixtape consisting of hot remixes and dope featured singles from indie artists all over the United States such as ‘Balenciaga’ by ATL’s very own Alexis Ayaana, and ‘Swervin’ by Diction (Houston, TX).

This project was sliced and diced by GePpetto…who else?

Acollaborative effort between Ballerz Mixtape and La Mouvement Collective (STM). This mixtape was made in dedication to Montreal’s world-class subway system. Mixes and production were provided by Montreal’s very own DJ/Producer ‘GePpetto‘.

This mixtape consisted of a blend of TripHop/EDM/Trap beats and remixes which was cut and mixed together by GePpetto. Cover design courtesy of Ballerz Mixtape Inc.

Montreal producer and DJ “GePpetto” releases In the Mix Volume I under the Ballerz Mixtape imprint, and consisted of dope mixes and blends of HipHop, Trap, RnB.

Diction hosts Volume 2 of the “Summer Heat” series, as DJ G-Money provided the cuts and blends on this mixtape which consisted of HipHop, R’n’B, Reggae, Dance, Pop, and more. The project also included the original mix to Diction’s hit single “Birthday Suit” featuring Slim of 112 produced by G-Money.

Ballerz Mixtape in collaboration with Southern Smoke and New Money Records releases Houston rapper Diction’s mixtape titled “Let’s Talk Business” and was hosted by Miami’s own, DJ SMALLZ. The project featured artists such as Gillie the Kid, Papoose, and Ryon Keif, and more.

In an attempt to re-vamp  the “Hot Summer Jams” series, Ballerz Mixtape re-released it under Summer Heat Volume I , and was mixed by Ottawa DJ G-Money (of the G-Money & Dice fame). This project was hosted by Houston, TX up-and-coming rapper Diction, whom also provided some exclusive tracks and remixes as part of the project.

Ballerz Mixtape re-released a remastered version of the Color Changin’ Click’s “Bobby Booshay” Mixtape. When this mixtape was first released, it was a big deal in Houston, and people were going crazy over the hot freestyles. People started recognizing that C.C.C. could make it big and succeed without Swisha House, which then led to other Swisha House rappers leaving and starting their own mixtape groups.

Ottawa DJ “Dice” hosts this greatest hits Mixtape/Album from the Ottawa hip hop group deuce Deuce (Harvey Stripes & Nelson Down). The project included remixes, original tracks, as well as some classics that deuce DEUCE recorded together before they disbanded as a group. Nonetheless this project was ?

Keeping the streets hot, G-Money & Dice dropped the sequel to their 2004 mixtape which made so much noise in the streets. Once again, the mixtape included fire mixes and blends, and was blessed with freestyles and exclusives from up-and-coming artists such as Belly (XO) and Diction (Black Currency Inc.) and Massari (CP Records) among other artists.

Continuing with the “G-Money & Dice” craze, the Djs released this prolific and legendary self titled mixtape, which made much noise in the Montreal/Toronto/Ottawa areas. This mixtape included freestyles, exclusive tracks, and remixes from artists in Canada and the U.S.

It was summer of 2003 when DJs “G-Money & Dice” launched the 2nd volume of the Ballerz Mixtape series. This mixtape consisted of Hip Hop, R’n’B and Reggae along with freestyles and remixes from artists in the Nation’s Capital of Canada…slapping DJs in the face with that heat!

This mixtape was a follow up to the Ballerz Basketball Tournament in summer of 2002. It included hot mixes and exclusive freestyles from up-and-coming rappers from the city of Ottawa, Canada.

B allerz started off as a Basketball Tournament in Canada’s Capital, (akin to the And 1 Tournaments) which gained popularity in neighbourhood communities. This was the official, and first Mixtape ever released in junction with the Tournaments, bearing the “Ballerz Mixtape” name…thus the series was born! #Throwback