Meek Mill took to IG and showed off a new Rolex he received from JAY-Z.

However, the gift wasn’t a mere gesture of affection and respect, Meek revealed that the watch serves as a VIP pass. “Hov sent these as vip passes smh this rich sh** getting out of control lol,” Meek wrote. “I’m not joking lol.”

It’s not immediately clear what event Hov is sending such opulent VIP passes for but some are speculating that the watch will give Meek VIP access at the upcoming Shawn Carter Foundation Gala. 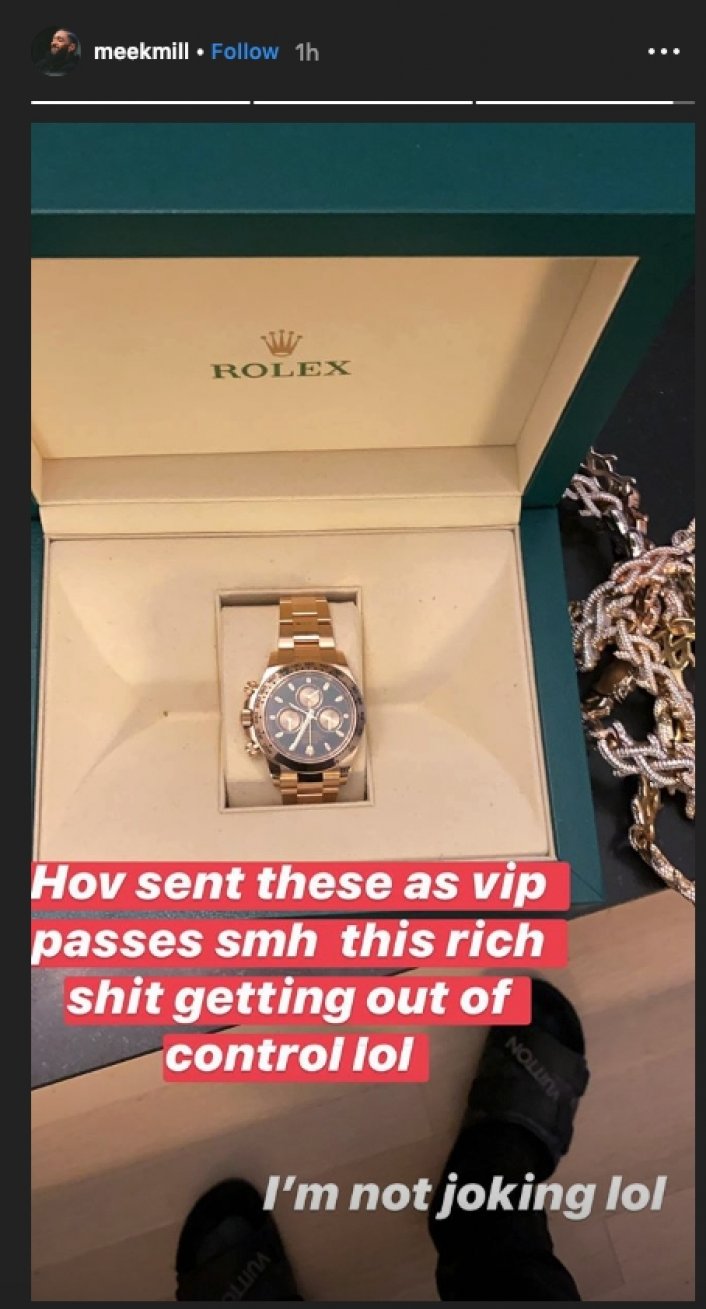