Drake apparently didn’t take too kindly to his dad questioning the validity of his lyrics alluding to Dennis Graham’s “absence” from his life.

Drizzy took to Instagram to address his father’s claims and said that he was saddened by the comments and that his father will say just about anything if given the platform. Drake also stated that he’s never written anything untrue whether or not his father accepts it. 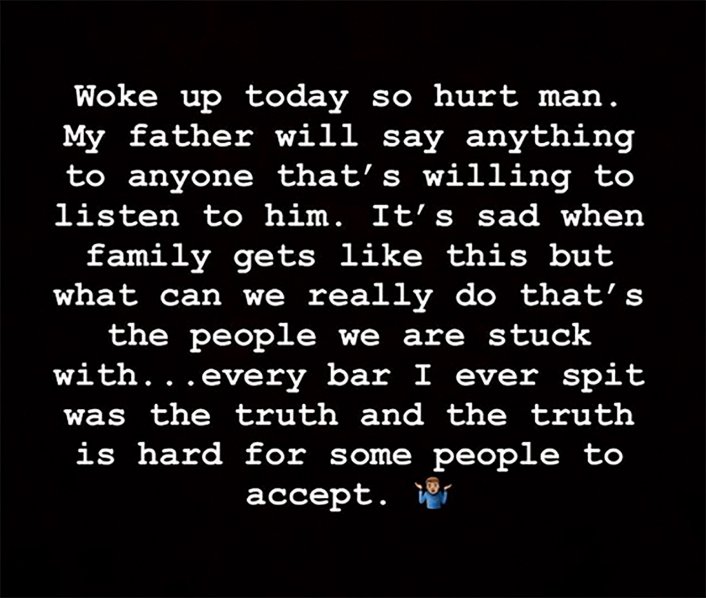