Eazy-E’s 55th birthday just passed, and his family just celebrated the memory of the late rapper, who is considered to be the “Godfather of Gangsta Rap.”

The rapper’s family came together and blessed Eazy with a new tombstone that features the previously mentioned title, along with photos to commemorate the life of Wright. The tombstone also says “He put Compton on the map.” The unveiling of the new tombstone went down at the Rose Hill Cemetery in Whittier, California. 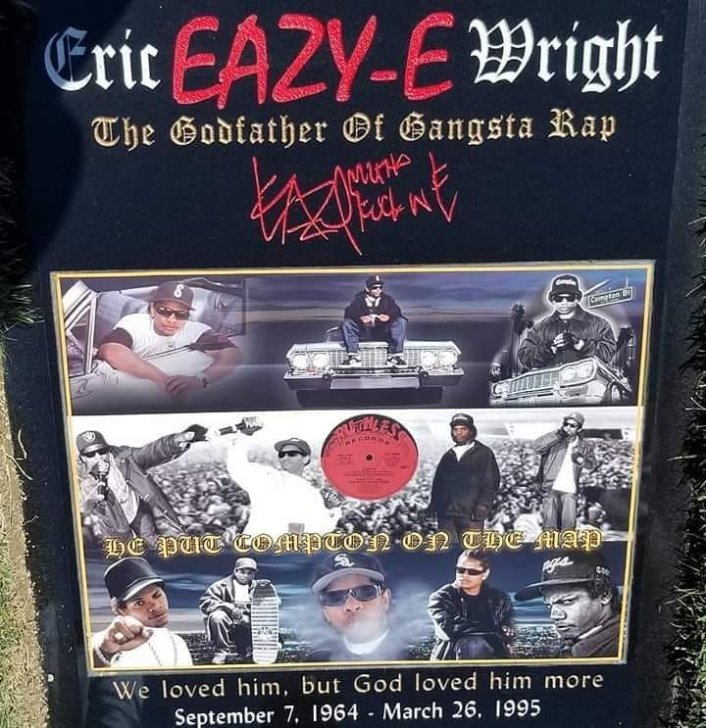